The research group, composed of scientists from Rensselaer Polytechnic Institute, South Dakota School of Mines and Technology, Oklahoma State University, and Shenyang National Lab for Materials Science, found that the protection offered by graphene surface coatings can be up to a “100-fold improvement” over the polymer coatings on the market today.

The team recently had its research published in September in a Scientific Reports paper “Superiority of Graphene over Polymer Coatings for Prevention of Microbially Induced Corrosion.” 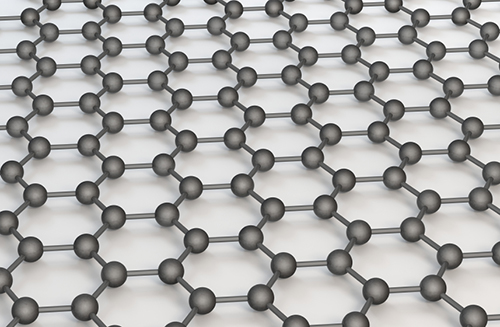 "This finding is remarkable considering that graphene is nearly 4,000 times thinner than several commercial coatings but offers more than an order of magnitude higher resistance to microbial attack," Dr. Ajay Krishnamurthy, the paper’s lead author and current guest researcher at the Engineering lab (EL) at National Institute of Standards and Technology (NIST), told Nanowerk, a site that reports on nanotechnologies and nanosciences.

The team used a CVD-grown graphene coating as its benchmark and compared it to two popular polymer coatings, Parylene and Polyurethane, according to Krishnamurthy.

"Though initially promising, these [polymer] coatings failed due to various reasons including microbial attack—fermentation, acid production, etc.—and the non-conformity of hand-applied coatings," he said.

The parylene- and polyurethane-coated nickel surfaces both displayed rapid corrosion with visible surface byproducts, according to the team.

Once the group saw that the few layers of CVD-grown graphene provided “superior resistance” to MIC, the researchers set out to test the grown graphene coating against graphene films, transferring the films (wet-transfer) onto surfaces that don’t support CVD growth, Krishnamurthy said.

In this case, the team placed between one and three layers of graphene onto silicon dioxide surfaces and studied whether the transfer process caused any defects on the graphene layers. Defect peak intensity (ID/IG) ratios were mapped using confocal raman spectroscopy, according to Krishnamurthy.

"We concluded that the wet etch chemical methods introduce significant amount of defects, while the CVD growth process in itself is less deterrent,” he said.

Outcomes and Next Steps

Based on these findings, the researchers believe that the graphene/microbe interaction is providing a unique benefit to corrosion applications.

The team plans to test coatings for other technologically relevant metals, including mild steel.

He will continue to investigate MIC in collaboration with Professor Nikhil Koratkar at Rensselaer Polytechnic Institute. Together they will analyze graphene coatings for flat metal sheets used in the construction industry, as well as aggressive atmospheric conditions, including C5-I category as defined by ISO, he said.