A California refinery that was the site of an explosion that injured four people earlier this year has been sold, while the agency in charge of investigating the explosion has said that the damage could have been much worse.

The Los Angeles Times reported Wednesday (Sept. 30) that New Jersey-based PBF Energy has purchased ExxonMobil’s damaged Torrance plant for $537.5 million. The deal is expected to close during the second quarter of 2016, according to the president of PBF Energy’s Western Region.

Meanwhile, CBS News reported the same day that the recently appointed head of the Chemical Safety Board has said the accident was a “near miss.”

“We were really, really lucky,” said Chemical Safety Board’s Vanessa Sutherland in her interview with CBS. “I think it is of concern to us, that we have a facility that had a near miss, which I actually feel very lucky about.

“It could have been much more catastrophic,” said Sutherland.

She went on to say that when the explosion occurred on Feb. 18, a piece of equipment weighing 80,000 pounds was sent flying nearly 100 feet. It landed just a few feet away from a tank containing a form of hydrofluoric acid.

Had the acid been released, it could have formed a toxic cloud that could have drifted for miles, Sutherland said. 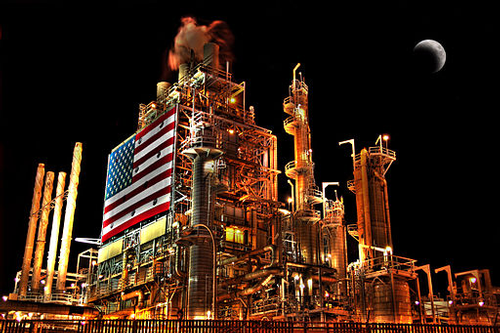 More than 200,000 people live within 3 miles of the plant, according to the CBS report. The report also notes that ExxonMobil filed papers with the federal Environmental Protection Agency saying that a worst-case scenario release of the hydrofluoric acid includes the possibility that all of the people within that radius could be injured or even killed.

As previously reported, ExxonMobil was fined $566,600 in August for 19 health and safety citations it received as a result of a post-explosion inspection.

The fines, which came from Cal/OSHA, indicate that the company did not eliminate known hazards and intentionally failed to comply with state safety regulations. Cal/OSHA is one of several state-run programs carved out of the Occupational Safety and Health Act of 1970.

ExxonMobil appealed those citations about a week later, according to several media reports.

PBF will not assume liability as part of its deal.

“Anything to do with the February explosion remains with Exxon,” Dill told the Times.

In addition to filing its citation appeals, ExxonMobil has said it disagrees with the notion that the community was at risk when hydrocarbon from the refinery’s catalytic cracker (FCC) released into its electrostatic precipitator (ESP) and caused the explosion.

They referred questions from CBS News to Tupper Hull, who is a spokesman for industry group Western States Petroleum Association.

“I think the technology that are employed in these refineries, for all the hazardous materials that are used, have proven to be very successful,” Hull told the media outlet.

But when asked if those risks—which, when managed, could still lead to an explosion—were worth the possibility that people could be killed, Hull declined to answer.

Sutherland told CBS that ExxonMobil also is now resisting subpoenas for information about the February explosion.

“Generally [in] my experience as a regulator and enforcer when somebody doesn’t want you to have records [it] is because they don’t want you to see what’s in it,” said Sutherland.

Still, officials in southern California said they hope PBF—who has said all personnel, including contractors, will be able to remain employed—will evaluate the chemicals and processes used at the refinery to ensure best environmental practices.

“It’s good for the market to have more independence with a newcomer to the market,” said Jamie Court, president of advocacy group Consumer Watchdog, in an interview with the Times. “And I think it’s better to have a smaller player rather than one of the big four.

“There still needs to be a net environmental benefit to state,” said Court.