Pipeline Rule Held Up By Inspections

One amendment to the final rule on new pipeline safety regulations—in the works since 2011—has been delayed indefinitely, according to the Department of Transportation’s Pipeline and Hazardous Materials Safety Administration (PHMSA).

Earlier this year, in March, the PHMSA filed a notice of Miscellaneous Changes to Pipeline Safety Regulations to its final rule on safety requirements for pipelines that move oil and other hazardous liquids. 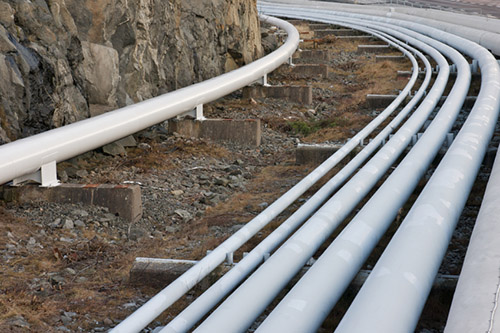 © iStock.com / Simon_I
One amendment to the final rule on pipeline safety regulations remains: can a transmission pipeline or main be inspected by someone who “participated in” its construction?

While all of the other amendments were approved and to be considered effective as of Thursday (Oct. 1), one requires further investigation in the eyes of the PHMSA and its petitioners: responsibility to conduct post-construction inspections.

At issue is the question of whether or not the inspection of a transmission pipeline or main could or should be inspected by someone who had “participated in” its construction.

In the Response to Petitions for Consideration, published Wednesday (Sept. 30), PHMSA indicated that, before publication of the 2011 proposed rule, the language spelled out that “each transmission pipeline or main must be inspected to ensure that it is constructed in accordance with this part” and “inspection must be provided to ensure the installation of pipe or pipeline systems in accordance with the requirements of this subpart.”

This change was in response to a petition from the National Association of Pipeline Safety Representatives (NAPSR), which indicated that installation contractors should not be permitted to inspect their own work, referencing experience with “poor quality construction by unsupervised contractors.”

PHMSA concurred but felt the same idea should apply to non-contractor personnel as well. Hence the phrasing was changed to say that the pipeline system “cannot be inspected by someone who participated in its construction.”

Deemed the “most controversial of all the proposed items” by the PHMSA, the inspection topic sparked numerous responses during the extended comment period following the original November 2011 Notice of Proposed Rulemaking. A selection of cited concerns included:

NASPR took further issue with the change because it felt its amendment was specifically meant to keep operators from allowing contractor personnel from performing their own inspections.

The Association of Oil Pipelines (AOPL) reported concerns that “the proposed rule does not impose any compliance, recordkeeping or other reporting requirement.” In addition to fears that the change would be too costly for operators, it also suggested the change could negatively affect site safety by bringing in additional personnel and the related risks.

The American Gas Association (AGA) suggested that the PHMSA failed to adequately distinguish the entities and personnel that make up its definition of “person.”

In its March response, the PHMSA said it had not meant to suggest that third-party inspections were required, nor that one person from a company could not inspect the work of a coworker from the same firm.

In the next round of petitions, the American Public Gas Association (APGA) requested for a clarification or reconsideration in that the amendment could impose significant costs on publicly owned gas distribution systems with little, if any, corresponding safety benefit. Some municipal gas utilities, it said, have five or fewer employees, which would prohibit those employees from performing inspections under the proposed amendment. It requested a clarification indicating that a two-man crew could inspect each other’s work, rather than having the utility contract a third party for inspections.

NAPSR petitioned that the PHMSA work with it to address its concerns related to the conflicts of interest that are present when contract personnel inspect the work of their own employees. It also expressed concern that the new language includes operator construction personnel, which was not NAPSR’s intent, as it believes operator personnel are less likely to accept poor work.

Safety Is the Top Concern

According to AP reports, the PHMSA’s attention to safety comes as a response to an increase in accidents. The news agency cited data indicating that there had been 445 pipeline accidents in 2014, which spilled .9 million gallons of hazardous liquids in total—a 30 percent increase in accidents annually prior to 2008, when domestic crude production began ramping up.

In its published notices, the PHMSA emphasized its belief that construction inspections are important safety requirements because transmission pipelines and distribution mains are usually buried after construction, and subsequent examinations of these pipelines often involve a difficult excavation process.

The PHMSA has agreed that it needs to continue to evaluate the proposed inspection procedures with a focus on the industry groups’ concerns.

It will evaluate current operator compliance, utilized input from industry and regulatory bodies to develop guidelines, and host workshops on the guidance, it said. It will then determine whether any additional amendments are required and whether the new amendment is effective.

A notice will be published in the Federal Register announcing a new effective date for the inspection amendment.