“Green” coatings are becoming an essential part of the consumer-based paints and coatings market, according to a recent report by P&S Market Research.

The report—Global Paints and Coatings Market Size, Share, Development, Growth and Forecast to 2020—indicates that consumers are buying more coatings products labeled as being green because of increasing concerns about global warming and a growing awareness of environmentally friendly products.

It is the end user industries of paints and coatings that drive advancements in this market, the report says. 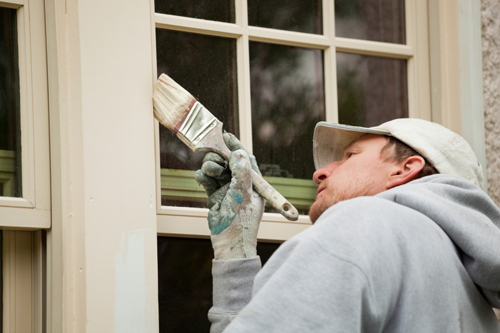 ©iStock.com / YinYang
"Green" coatings are an important category in the consumer market, which is expected to show a growth rate of 5.2 percent over the next five years, a recent report from P&S Market Research said.

The automotive industry is a significant driver, according to the report. The high rate of car ownership in developed countries and advancements in road infrastructure and improving economies are credited with driving the use of paints and coatings in that segment.

Protective and anticorrosion coatings applied to metals in automotive manufacturing, as well as the paints used with plastics in car interiors, are also market contributors.

Meanwhile, the increasing demand for low-VOC paints offers growth opportunities for the paints and coatings market in the consumer segment of the industry. Companies also use “Green” label marketing strategies—such as the low-VOC rating—to appeal to the growing number of consumers interested in environmentally friendly products.

It is the infrastructural development in the area that gives the Asia-Pacific market an advantage, the report says.

Japan, China and South Korea account for a high demand of marine coatings in this area as well. The demand in this market segment is expected to grow throughout the forecast period because of predicted increases in commercial and trade opportunities.

Architectural and decorative coatings account for a significant portion of the market in North America and Europe.