The U.S. Air Force has sued an Oklahoma company for more than $1.7 million for a breach of contract, saying that the company supplied a cheaper paint than what the contract specifications required and then tried to conceal the difference.

On behalf of the Air Force, the U.S. Attorney for the Northern District of Oklahoma filed the lawsuit Sept. 8 in federal court against Small Business Innovation Research Engineering Companies Inc. (SBIREC) of Lincoln, OK, according to an article in LegalNewsline.com.

In the complaint, the Air Force said it entered into a contract in December 2006 with SBIREC to manufacture floorboards for KC-135 aircraft. As part of the deal, the contractor was supposed to coat the floorboards with a polyurethane paint that complied with MIL-PRF-85285 specifications. 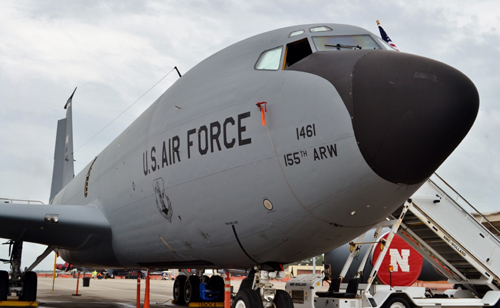 ©iStock.com / Michael Fitzsimmons
As part of its deal with the Air Force, the contractor was supposed to coat the floorboards of KC-135 planes with a polyurethane paint that complied with MIL-PRF-85285 specifications.

Instead, the complaint alleges, the contractor used a much less expensive and lower quality water-based paint. The Air Force paid SBIREC pursuant to the terms of the contract even though it “received information” in 2012—about six years into the contract—that the contractor had used a different paint.

The Air Force then had the paint the contractor actually used tested by a laboratory. Those results came in 2013, and they confirmed what the Air Force had suspected, the complaint alleges.

According to the military’s database, the MIL-PRF-85285 is a polyurethane coating used for aircraft and support equipment. It is a multicomponent, chemically cured product that forms a film layer resistant to chemicals, solvents and abrasions, and is used where a resilient finish is required.

The Air Force said in the complaint that its actual damages are $535,229, which is the cost of the payments made to SBIREC. It is seeking to recover between $5,500 and $11,000 for each of the bills it paid the contractor.

Additionally, the Air Force is seeking $1,605,687, which is three times the amount for the bills paid, as a penalty. The complaint also asks for court costs, attorney fees, interest and any other damages the court sees fit to award.

SBIREC does not have a website. According to an article in Law360 (subscription only), the U.S. Attorney’s Office has declined to comment on the case because it is ongoing.