A new report suggests that an immigration slowdown is contributing to the rising cost of construction and widespread labor shortages in the industry.

The report, from John Burns Real Estate Consulting Inc., a homebuilding analyst firm, states that the U.S. construction industry has lost 570,000 Mexican-born workers since 2007. Mexican-born construction workers in the U.S. accounted for 1.32 million last year compared with 1.89 million in 2007, data from the Commerce Department shows.

And, the firm says it’s not likely the experienced workers will come back.

The information in the report isn’t likely to sit well with builders, according to John Burns, chief executive, and Chris Porter, chief demographer, noting that the firm does not have an opinion on controversial immigration policy.

The report notes that a number of factors are likely responsible for keeping the Mexican-born workers from returning to the U.S. construction industry.

Significantly higher border patrol investments and a rise in court-ordered deportation over the last seven years are among the factors keeping the workers in Mexico, according to the firm. The report notes that both legal and illegal passenger traffic across the border has also dropped in recent years. 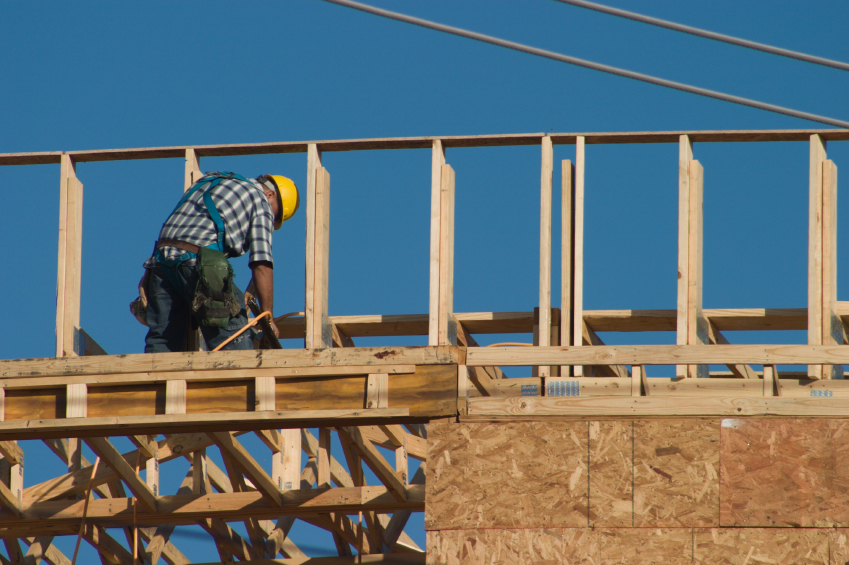 ©iStock.com / kenhurst
Burns said two out of three builders have reported that they cannot find enough carpenters and framers, with half noting shortages in all other major skills, including painting.

Also, employers’ use of the E-Verify verification technology is booming, from almost nonexistent in 2001 to more than 27 million employment checks in 2014, according to the report.

Moreover, the economy in Mexico is improving, so workers are staying there because they can get jobs, the report suggests.

In a video announcing the results of the research, Burns said two out of three builders have reported that they cannot find enough carpenters and framers, with half noting shortages in all other major skills, including painting.

“That’s what keeps me up at night,” Doug Bauer, CEO, TRI Pointe Homes, said in a statement released with the report. “Electricians, plumbers, framers—their average age is about 50.”

Moreover, a recent survey conducted by the Associated General Contractors of America found that 86 percent of contractors have difficulty filling craft and salaried jobs.

Additionally, in its latest builder confidence index, the National Association of Home Builders reports its members are concerned about the availability of labor despite a steady rise in confidence in the overall building market.

Some say increased investment in training and education for young people as well as higher compensation can help fix the labor shortage issues.

The owner of a concrete company in Houston, TX, Roy Weatherford, of Apex Foundation, told the Wall Street Journal that training the country’s youth for jobs in construction is the answer to the shortage issue, rather than trying to get workers to return from Mexico.

"There is work in Mexico," Weatherford said. "They’ve opened plants in Mexico. Look how many car manufacturers have moved to Mexico. They can work there, and if they’re making a living, they’d all rather be home."

Others believe in luring the Mexican workers back into the U.S. with changes to immigration policy, the WSJ reports.