One of the world’s leading paint and coatings companies has named its new CEO, following a search initiated earlier this year.

Hempel, a top supplier of protective coatings to the decorative, protective, marine, container and yacht markets, named Henrik Andersen as its new CEO in an announcement issued Wednesday (Sept. 9).

Andersen succeeds Pierre-Yves Jullien, who in April announced his plans to step down after 40 years with Hempel, 10 of which he served as CEO, and retire on Mar. 31, 2016. 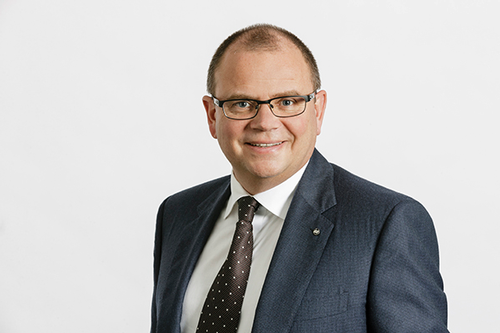 “I am proud and delighted that Hempel has been able to attract a capacity like Henrik Andersen to succeed Pierre-Yves Jullien when he retires next year,” said Chairman of the Board Richard Sand.

“Henrik Andersen brings the global perspective from a larger global company where he has played a pivotal role in a successful transformation of a global company with a long history,” he added.

Andersen comes to Hempel, based in Copenhagen, Denmark, after 22 years with ISS, which is one of the world´s largest facility services providers.

Andersen was with ISS A/S since 2000. As a member of its Executive Board, he was named Group CFO in 2011 and became Group COO, EMA in 2013. He was recently appointed global Group COO.

Before returning to Copenhagen, Andersen was CFO for ISS UK before being named its CEO and serving in that capacity for three years. In that time, he helped the company grow from GBP 500m (US $768.3 million) to GBP 925m (US $1.42 trillion) in turnover and more than doubled earnings.

Prior to that, Andersen, who has a Master of Law degree from the University of Aarhus and a diploma in International Finance from the Business School of Aarhus, was with Jyske Bank for more than 10 years.

He is a non-executive director of the Board of Vestas A/S since 2013, where he chairs the Audit Committee, and also has a position as member of the investment committee of Maj Invest PE IV.

“I am thrilled and honoured to be taking the leadership of the Hempel Group,” Andersen said.

“It is a company with a long proud history and distinguished heritage, which has expanded successfully to new segments within coatings, which provides an excellent platform for further expansion through acquisitions and organic growth.”

Andersen’s “global perspective’” fits with the current mission of Hempel.

“Hempel has been undergoing a significant and extremely successful development and transformation during the tenure of Pierre-Yves Jullien,” Sand said in regard to Andersen’s hire, “and it is important that Hempel will continue this journey of profitable and strong growth to become one of the world’s 10 leading coating suppliers.”

As reported earlier, now in its 100th year, Hempel is in the home stretch of a five-year growth plan called One Hempel–One Ambition.

The strategy set aggressive five-year growth goals for its products: quadrupling its decorative portfolio; doubling the protective portfolio; and ramping up its marine products with the objective (as stated above) of becoming one of the world’s top 10 coating suppliers by the end of this year.

In recent years, Hempel has rolled out a number of new protective and marine coatings and reported record earnings and profits in 2014.

Founded as a marine paints company and heavily focused on anti-corrosion coatings, Hempel’s largest EMEA segment is decorative coatings. The decorative portfolio got a boost in 2011 from the acquisition of Crown Paints and the launch, in 2014, of a green building initiative called Purearth in the Middle East.

Hempel coatings are used for applications ranging from wind turbines and bridges to hospitals, ships, power stations and homes.

With a focus on R&D, advanced production techniques and professional coating advice, it works around the globe to help protect its customers’ properties from the corrosive forces of nature.

Hempel employs approximately 6,000 people in more than 80 countries, with 27 factories and 159 stock points around the globe.