The Department of Transportation announced Sept. 2 that its PHMSA division is awarding $54,085,440 worth of Pipeline Safety Base Grants to 46 states, the District of Columbia and Puerto Rico. 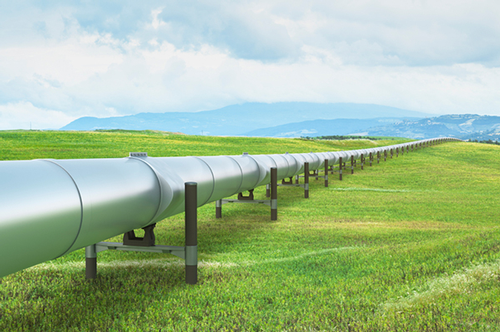 © iStock.com / Michal Krakowiak
PHMSA, a division of the DOT, is disbursing more than $54 million to support to support state pipeline safety programs.

According to the PHMSA, the funding underwrites up to 80 percent of the operating costs for state pipeline regulators that agree to inspect intrastate pipelines on its behalf.

“Pipeline Safety Base Grants extend the reach of PHMSA and our State partners into our communities,” Marie Therese Dominguez, administrator of PHMSA, said in the Sept. 2 statement.

“These grants allow us to have a strong local presence that is vital to effectively monitor pipelines and help protect the public from pipeline incidents.”

The states and territories covered in the grant program account for more than 80 percent of the 2.6 million miles of oil and gas pipeline in the U.S. Approximately 330 inspectors are responsible for covering this mileage.

The amount awarded to each state is based on that state’s expenses and annual performance scores. Grant amounts range from about $96,000 to about $4.8 million.

Top awardees in the Natural Gas Pipeline State Base Grant program in 2015 are:

In response to Pennsylvania’s grant, Sen. Bob Casey issued a statement saying, “Pipeline safety is essential not only for the oil industry in Pennsylvania, but the entire country,” Lehigh Valley Business Journal reported.

“This money will protect the health of Pennsylvanians and ensure that safety standards for pipelines and pipeline facilities are enforced,” Casey added.

Funding is also distributed to Hazardous Liquid Pipeline Base Grant recipients. Awards in this class range from $10,000 to about $1.3 million and were disbursed to 14 states in 2015.

Top recipients in this class were:

The PHMSA develops and enforces regulations for the safe, reliable and environmentally sound operation of the nation's 2.6 million mile pipeline transportation system and the nearly 1 million daily shipments of hazardous materials by land, sea and air.

The 2015 grants were announced during the National Association of Pipeline Safety Representatives annual Board of Directors Meeting Sept. 2. Dominguez spoke before the audience of state inspectors and regulators in attendance.

“Not only are these grants imperative for our Federal/State partnership to work, they demonstrate our commitment to the American public that we are serious about helping to make our utility lines the safest and most reliable in the world,” said U.S. Transportation Secretary Anthony Foxx.

“These grants ensure State programs have the funding they need for resources, including personnel and equipment, to protect communities, carry out inspections and enforce pipeline safety regulations that keep the entire pipeline network as safe as possible.”