Are ‘Green’ Buzzwords a Buzzkill?

With the construction industry abuzz with jargon that makes consumers think “green,” just how much do Americans really like or understand the words that have become the norm in the building supplies marketplace?

That was the subject of a study recently released by the Shelton Group, which is a marketing communications agency that focuses on renewable energy; corporate sustainability; efficiency; and building products.

What’s in a Word? 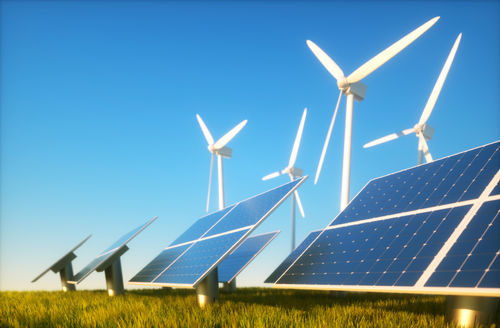 ©iStock.com /  Petmal
"Renewable" is a green buzzword most Americans like, according to a recent study by the Shelton Group called Eco Pulse.

In its analysis, the group broke down findings based on three words that routinely describe “green” overall, and then looked at eight words that are more industry-specific jargon that builders and designers use.

While the full report has much more detail, the following outlines some of what the group learned.

“Use the terms ‘green,’ ‘eco-friendly’ and ‘sustainable’ with confidence—they enjoy broad appeal among consumers and no longer carry a polarizing political overtone,” the report said. “But be wary of using them to make product claims, because you may set up unrealistic expectations that risk the ire of both the (Federal Trade Commission) and consumers.”

The report also broke the words down considerably by aspects including political affiliation; gender; age groups; geographic location; race and income. Some of the statistics showed:

Although people who work with environmental spaces understand the meaning of the words they use, do most people?

“Don’t bet on it,” said Shelton’s team in its report.

The group studied eight product-specific “green” terms: recyclable; recycled; renewable; compostable; biodegradable; low carbon footprint; net zero; and low-VOC. The group said one of the reasons it chose those terms is that the FTC calls them out specifically in its Green Guides because they “set up expectations that are hard to meet.”

Even when the products use the jargon in a way that follows FTC guidelines, consumers may or may not have confidence in what the product actually does, the report suggests.

For example, when it comes to desirability, the word most Americans feel good about is “recyclable” (78 percent like it). But the word they dislike the most is low-VOC (54 percent don’t like it). The report suggests that negative words such as “low” or “zero” create a more negative connotation about the product.

Some of the results found:

Shelton said the study was used to mirror the U.S. population and used quotas for geography, age, gender, education and race. It also said it weighted the data slightly to match U.S. population distributions, and has a margin of error of +/- 2.2 percent.