New App to Aid in Inspections

DeFelsko Corp. has introduced a tool that works with a free mobile app to turn cellphones and tablets into virtual PosiTector gages.

The PosiTector SmarkLink and mobile app allows users to turn their devices into a multi-functional inspection instruments, the company said. 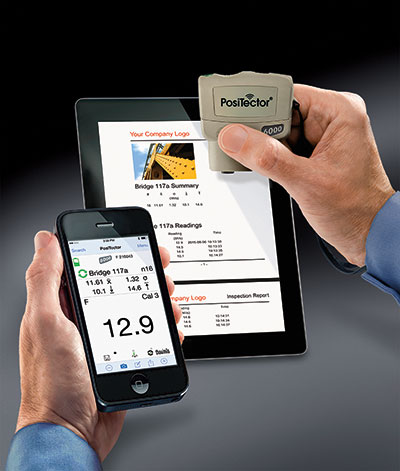 DeFelsko Corp.
The PosiTector SmartLink app allows users to have a multi-functional inspection instrument on the fly.

The app has been developed for Apple as well as Android devices.

The company says the SmartLink device wirelessly connects PosiTector thickness, surface profile and the environmental probes with the keyboard, microphone, camera and email tools of your device.

The app also allows users to share PDF and CSV data via email, AirPrint, Dropbox or other cloud-based applications, according to the company.

PosiTector SmartLink comes in a tri-color LED, is lightweight and uses only one AAA battery, the company said. The apps can be downloaded from the Apple iTunes store or from Google Play.