Newport News Shipbuilding will be undertaking maintenance and modernization efforts on the Navy’s USS Columbus submarine.

Newport News, one of two U.S. shipyards able to build nuclear-power submarines, has been selected for the planning of repair, preservation and update work on the Columbus. 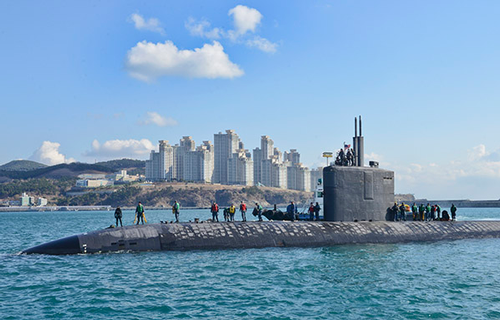 Newport News, which has a history of government-contract ship repair projects ranging from paint repair to complete hull and machinery renovation, will begin work immediately.

"Modernization and maintenance of our nation's submarines is vital to the readiness of our Navy partner," said Jim Hughes, Newport News Shipbuilding's vice president, submarines and fleet support.

"We look forward to doing our part to provide these services with the highest quality, on budget and on schedule," he added.

A target end date for the project is slated for May 2019.

This announcement comes on the heels of a July 24 report that layoffs at the shipyard were on the horizon. Cuts were expected to begin in the fall and continue into 2016, with about 1,500 employees in danger of being affected.

At that time, the Virginian-Pilot Online reported that Matt Mulherin, president of Newport News Shipbuilding, had sent employees a letter indicating that the threat of layoffs, as well as other cost-cutting measures, was a result of three aircraft carrier projects nearing completion in the coming months.

Newport News Shipbuilding is the sole designer, builder and refueler of U.S. Navy aircraft carriers and one of two providers of U.S. Navy submarines. With a 129-year history, the company provides after-market services for both carriers and subs in addition to building them.

It became division of Huntington Ingalls Industries in 2011, after being a part of Northrop Grumman since 2001.

Huntington Ingalls Industries is America's largest military shipbuilding company and a provider of engineering, manufacturing and management services to the nuclear energy, oil and gas markets.