A recent study of several insulation types suggests that no single type of insulation offers better performance than others when all are properly installed.

The report—"Thermal Metric Summary Report"—was released July 22 by the North American Insulation Manufacturers Association (NAIMA). It provides the result of a test designed to examine how walls insulated with different materials perform with air movement and at different temperatures: from 144 degrees Fahrenheit to -18 degrees Fahrenheit.

Setting Up the Tests

They also tested open cell spray polyurethane foam, but discovered that the wall on which it had been sprayed had defects that prevented them from certifying those results, the final report said. 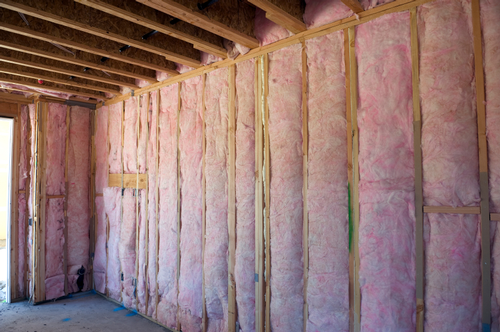 ©iStock.com /  kevinjeon00
Among other findings in a recent study, Building Science Corp. discovered that, when properly installed and air sealed, all insulation types perform about the same.

NAIMA and its funding partners—Dow Building Solutions, Honeywell, Huntsman Polyurethanes, Icynene, and Greenfiber—originally sought to come up with a new metric for thermal performance.

However, that metric, which industry partners had hoped would take into account heat flow with air movement at a range of operating temperatures, has not yet been developed as a result of the research.

The report did find that when walls are constructed to the same R-value (a measure of thermal resistance) and air sealed correctly, all insulation types perform basically the same.

Some of the other findings of the study were:

In responding to the study, the American Chemistry Council's Center for Polyurethanes Industry noted, "The report confirms what the building community has known for years: air sealing and R-value are critical factors to consider when designing an energy efficient home or building."

The ACC further maintained the energy efficiency of spray polyurethane foam as an air barrier and insulation solution.