With brushes and rollers in tow, a team of more than 100 volunteers in Oregon recently painted a 75-year-old’s house after passing teenagers poked fun at the residence, various reports say.

The project was the idea of Josh Cyganik, a Union Pacific railroad track inspector who worked across the street from the Pendleton, OR, home, and witnessed a pair of teens scoffing at the appearance of the house while its elderly owner, Leonard Bullock, sat on the porch with his head down, reports say.

“[The teenagers] said they need to burn it and tear it down and nobody deserves that,” Cyganik told ABC News. “I saw Leonard had his head down, and I felt bad for him.”

To my friends! So I was at work a couple weeks ago and I heard 2 teenage boys walked by this old man's house. He sits on...

He asked Bullock if he could paint his house.

“[Bullock] could hardly talk he was so ecstatic. He sits on his porch every day all day long so I wanted to give him a nice canvas to sit in front of,” Cyganik said, according ABC.

More than 100 people showed up July 18 to help coat the home in a beige colored paint.

Some of the volunteers also purchased new porch furniture for Bullock. Additionally, strangers would stop by to deliver food and beverages to the volunteers. 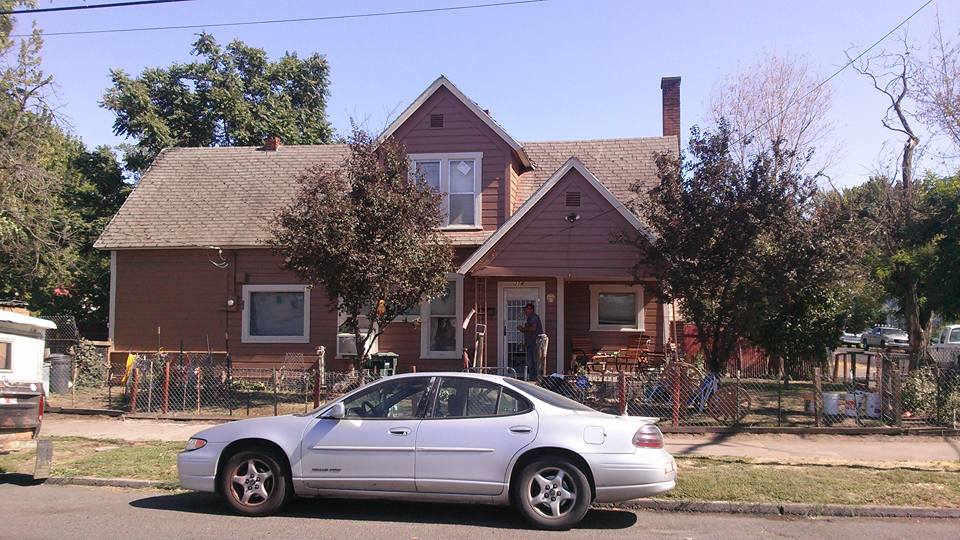 Josh Cyganik via Facebook
More than 100 volunteers rallied to help give this Oregon home a fresh coat of paint.

Materials for the project were donated by local suppliers.

"The house is real nice now," Bullock told ABC. "It makes me feel good to look at it, especially after what [the teenagers] said."

Cyganik is overwhelmed by “how big this painting thing has gotten,” according to an Aug. 9 post on Facebook. He said one of the weirdest comments he’d seen was, “Is this guy for president?”

Alas, no, Cyganik says he was simply taught to respect others and the elderly.