A growing number of U.S. construction companies are looking to fly drones around their jobsites in order to get a better look at progress and perform inspections.

At least 257 construction and surveying companies have applied to the Federal Aviation Administration for a special exemption to fly drones, according to a July 16 article in Equipment World. That breaks down to 127 for construction companies and 130 for surveyors.

Since September 2014—when the FAA first started giving exemptions to companies seeking to fly drones, or Unmanned Aircraft Systems (UAS)—the federal agency that determines what is allowed in the air has granted more than 700. 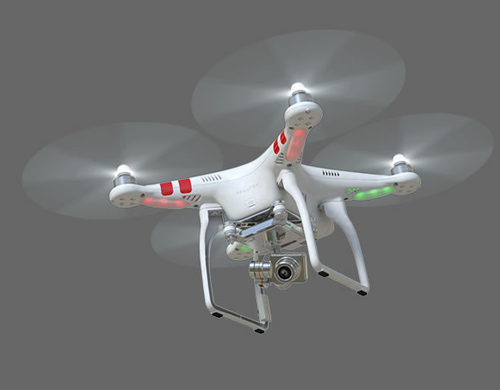 DJI
Since 2014, the FAA has granted more than 700 exemptions to fly a UAS, and more than a third of those are for construction or surveying.

To put it another way, more than a third of the companies that have applied for such exemptions will be using them for construction or surveying applications.

To arrive at that number, Equipment World used data compiled by the Center for the Study of the Drone at Bard College. Its exemptions database—last updated on June 30—shows the entire list of FAA exemptions through that date.

As Equipment World notes, the reality of those numbers is somewhat surprising. Bard’s database is fairly new. Until the drone center crunched the numbers, there was no way to determine how many companies actually had applied for an exemption.

The only way to learn if companies were using a UAS was if a company put out a news release. Only four construction companies had made such announcements by the beginning of June.

One of those companies, Danis Building Construction of Miamisburg, OH, purchased a DJI Phantom after the FAA gave it the green light to fly one in April. The DJI happens to be the most popular UAS for construction companies.

The company told Equipment World in June that it planned to use the drone to get a better look at project progress.

“Logistics costs the client money,” said Aaron Phillips, who is Danis’ director of virtual design, “where these drones are really inexpensive at this point in time. … We’re really focused on not putting our people up in the air on lifts and cranes to view potentially hard to reach areas.”

Danis will use one of its engineers to operate the UAS. That fulfills one of the requirements the FAA has set forth for those companies seeking to operate them. Someone on the ground must pilot the UAS, and the drone cannot leave that person’s line of sight.

A second requirement is that those companies fly their exempted drones below 500 feet.

Another company, Asymmetric Technologies in Columbus, OH, has said it will use a UAS as a method to inspect bridges safely.

"We want to safely capture usable data when we're up close to a structure," said Russ Metzler, director of UAS services at Asymmetric Technologies, in an April article in Engineering News-Record.

"It takes a professional aircraft to do that."

Metzler said he spent 18 months deciding which drone was the best for his company. He chose the md4-1000 UAS from Microdrones.

The Future of the UAS

One of the FAA requirements is getting a second look. In May, Reuters reported that the FAA was working with private companies to test drones that can be operated beyond a pilot’s line of sight. But so far, that requirement remains in place.

Still, the fact that so many companies are applying for exemptions means that the U.S. is starting to catch up with the rest of the world in terms of UAS use, according to a July 7 article in The Verge.

“Now, most big companies have tasked somebody to figure out their ‘drone’ strategy,” said Bilal Zuberi, a venture capitalist with investments in the drone industry. “Previously, there was a lot more action happening overseas. Thankfully, that is starting to change.”