The six commissioners unanimously determined there was reasonable indication that these imports, which are alleged to be subsidized and sold in the U.S. at less than fair value, threaten the U.S. industry with material injury. 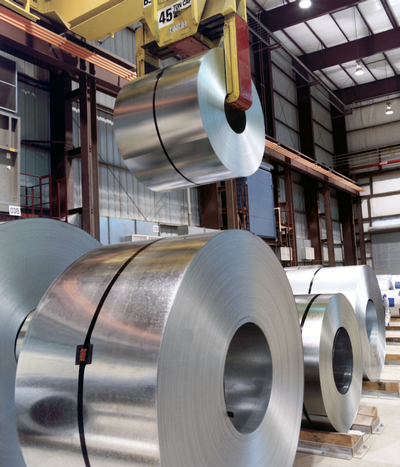 According to the USITC, the investigated goods include certain flat-rolled steel products, either clad, plated, or coated with corrosion-resistant metals such as zinc, aluminum, or zinc-, aluminum-, nickel- or iron-based alloys, whether corrugated or painted, varnished, laminated, or coated with plastics or other non-metallic substances in addition to the metallic coating.

They also cover coils that have a width of 12.7 mm or greater, regardless of form of coil and products not in coils (e.g., in straight lengths).

This finding enables the U.S. Department of Commerce (DOC) to continue its investigation on imports of these products from the five named countries.

A public report, Certain Corrosion-Resistant Steel Products from China, India, Italy, Korea, and Taiwan (USITC Publication 4547), containing the USITC assessments and information determined during the investigation, will be available on the USITC website after Aug. 15, 2015.

The DOC and USITC announced later that same month that they had begun antidumping duty (AD) and countervailing duty (CVD) investigations of imports of corrosion-resistant products from those countries.

In a July 16 statement, James L. Wainscott, chairman, president and CEO of AK Steel, said, “We applaud the ITC’s preliminary ruling that unfairly traded imports of corrosion-resistant steel have caused injury to AK Steel and other domestic steel producers. This decision is an important step forward in the process to fight dumped and subsidized CORE imports that have significantly impacted pricing in the U.S. market.”

A preliminary determination in this investigation is due by Sept. 24, and the commission’s assessment is due to the DOC by Sept. 14.