An Ohio-based construction company with long-standing state contracts has been fined for a fatal bridge collapse earlier this year.

The Occupational Safety and Health Administration said Kokosing Construction had “inadequate” demolition plans for the Hopple Street Bridge project in Cincinnati, according to a July 15 citation. 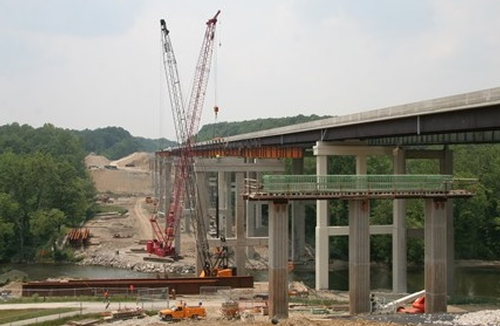 Two serious violations with fines of $7,000 each—the OSHA maximum—caused the bridge to collapse and kill one of Kokosing’s employees on the night of Jan. 19, 2015, the agency said in its evaluation.

In February, the company admitted that an engineering mistake caused 100 tons of concrete to fall onto I-75.

Brandon Carl, of nearby Kentucky, died when he was crushed by the falling Interstate 75 overpass, according to reports from the Cincinnati Enquirer.

“This man and father of four died in a preventable workplace incident,” OSHA spokesman Ken Montgomery told the Enquirer. “His family will never recover from that loss and the loss of livelihood. Kokosing Construction has taken steps to prevent a similar tragedy from happening in the future.”

The fatal collapse led not only to the OSHA investigation, but also to an Ohio Department of Transportation study.

The state’s investigation is critical because Kokosing has been one of ODOT’s preferred contractors for many years, the Enquirer said. However, ODOT’s investigation is not complete and a spokesman for the department said he did not know when it would be.

Ohio has paid Kokosing at least $185 million per year for construction work since 2008, according to OhioCheckbook.com. In 2014, the year for which the Ohio state Treasurer’s office has the most recent data, it indicated the state paid Kokosing more than $189 million.

Kokosing officials did not respond to an email seeking comment.