WASHINGTON--The American public once again has a ringside seat as the federal Highway Trust Fund bleeds out, and state transportation officials have been put on notice that that day is near.

U.S. Transportation Secretary Anthony Foxx sent letters Tuesday (July 14) to every state Department of Transportation, warning that the Federal Highway Administration (FHWA) will have no money for new projects or reimbursements as of Aug. 1.

That is the day that the current surface transportation authorization, known as MAP-21, is set to expire. 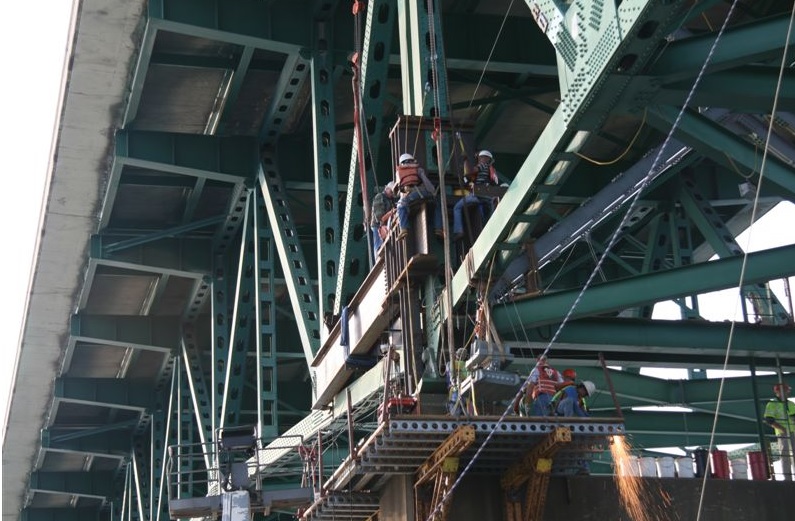 Tennessee DOT
Federal funding for roads and bridges "will come to a screeching halt" when the Highway Trust Fund goes broke, U.S. DOT is warning. Tennessee's I-40 bridge rehab was just one example of the "critical, and expensive, infrastructure needs we are facing,"  TDOT Commissioner Gerald Nicely said in 2009.

After that, the Highway Trust Fund's Highway Account, which funds road and bridge projects, will drop below the $4 billion threshold that triggers federal "cash management procedures" and delayed reimbursements to the states for their projects.

“FHWA will not have the authority to provide project sponsors with any additional contract authority for new or ongoing projects,” the Secretary wrote.  “Similarly, FHWA will be required to furlough employees, which means your agency will cease having access to personnel who assist with all highway projects, not just with processing payments, but also project approvals, environmental actions and permitting, authorizations for new projects and modifications to existing projects, technical assistance and other vital activities we all rely on FHWA to conduct.” - See more at: http://www.transportation.gov/briefing-room/secretary-foxx-warns-state-transportation-officials#sthash.IZGpfHmE.dpuf

“FHWA will not have the authority to provide project sponsors with any additional contract authority for new or ongoing projects,” Foxx wrote to the state DOT directors.

“Similarly, FHWA will be required to furlough employees, which means your agency will cease having access to personnel who assist with all highway projects, not just with processing payments, but also project approvals, environmental actions and permitting, authorizations for new projects and modifications to existing projects, technical assistance and other vital activities we all rely on FHWA to conduct.” 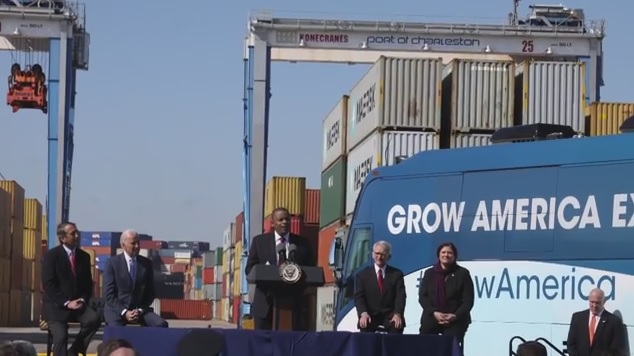 Or, as DOT remarks in a new Fact Sheet on the funding crisis: "Without action from Congress, federal funding for transportation will come to a screeching halt. And with it, so will traffic in many places across the country."

That is because all of those holdups, stalled decisions and cutbacks will land smack in the middle of the summer construction season, U.S. DOT notes.

Tale of the Ticker

The Highway Fund is on track to go broke by the first week of September; the Mass Transit Account, by early October, U.S. DOT said.

As it did last year, the U.S. DOT has issued a Highway Trust Fund ticker to alert the public to the fund's impending insolvency.

Proposals in the Pipeline

MAP-21, the current funding authorization, was signed in 2012. At that time, it was the first long-term highway funding bill enacted since 2005.

In the past six years, Congress has passed 33 short-term measures rather than commit to another multiyear plan. The latest patch was the "Highway and Transportation Funding Act of 2015" (H.R. 2353), which President Obama signed May 29, giving the Trust Fund its current two-month reprieve.

Several funding proposals are currently in the mix.

In April, Rep. James B. Renacci (R-OH) introduced a bill to increase the federal gas tax to keep up with inflation. The Bridge to Sustainable Infrastructure Act (H.R. 1846) immediately drew a bipartisan list of co-sponsors, but there has been no action on the bill since then.

Then there's Sen. Bernie Sanders' "Rebuild America Act of 2015," a 10-year, $1 trillion measure introduced in February and supported by the American Society of Civil Engineers. It, too, has gone nowhere.

ASCE's famous "Report Card for America's Infrastructure," last issued in 2013, provides most of the data for the infrastructure debate.

Recently, in an effort to bolster its case as the Trust Fund clock ticks down, U.S. DOT highlighted some of the 2013 Report Card by issuing 50 Fact Sheets that offer a state-by-state look at current conditions.

"It's not a pretty picture," Foxx blogged on Thursday (July 9).

Individual state snapshots paint a picture even more dire, according to DOT and ASCE:

In pushing for GROW AMERICA, Foxx urged Congress not to "kick the can down the road a 34th time."

"It's time to stop saying, 'We'll cross that bridge when we come to it,'" he writes.

"Now, it's time to come to that bridge, and invest in it, so we can cross it ... safely, efficiently, and confidently."