PERTH, AUSTRALIA--The Emperor Hadrian sure could have used the bricklayer Hadrian.

The 14th Emperor of Rome is remembered for his building projects, especially the dazzling Hadrian's Wall, a stone fortification that stretched up to 20 feet high, nearly 10 feet wide, and 73 miles long in Northern England.

But 2,000 years later, the emperor's bricklayer namesake is gaining his own fame as a builder. The bricklayer is a robot, capable of working 24/7 and laying about 1,000 bricks an hour.

That means Hadrian (the bricklayer) can build a home in two days, or 150 homes a year. 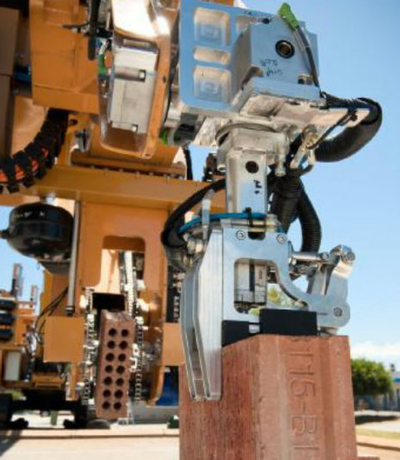 The big bot was developed by an Australian engineer, with nothing against human bricklayers, and named after the Roman Emperor.

To complete his lightning-fast feat, Hadrian first creates a 3D design of a house or structure, then calculates the location of every brick. From there, he can create a program that is used to cut and lay the bricks in sequence from a single, fixed location, reports say.

“People have been laying bricks for about 6,000 years, and ever since the industrial revolution, they have tried to automate the bricklaying process,” engineer and inventor Mark Pivac explained to PerthNow.

“We’re at a technological nexus where a few different technologies have got to the level where it’s now possible to do it, and that’s what we’ve done,” he said.

After 10 years of work and $7 million, Pivac developed his prototype.

The engineer has secured patents for Hadrian in 11 countries, including the U.S. and the U.K.

Investment firm DMY Capital recently announced an agreement to acquire Pivac’s company, Fastbrick Robotics, to help propel the bot to commercialization in Western Australia and, later, the rest of the world.