DALLAS--The global wood coatings market is on the rebound, its growth paved by increasing global economic stability and a rise in construction activity, a new forecast reports.

The market for stains, varnishes, preservatives and other coatings is in for steady 6.3 percent annual growth in the years ahead, reaching a total value of $1.9 billion by 2020, according to Wood Coating Market by MarketsandMarkets.com. 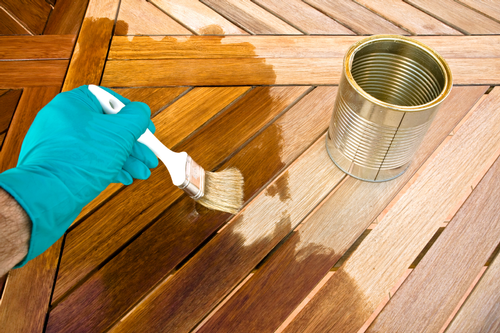 © iStock.com / kanvag
The wood coatings market is expected to see a 6.3 percent growth between now and 2020, according to a recent report by MarketsandMarkets.com.

In its analysis, released in May, MarketsandMarkets looked at coating type, application method, end user and geographical region.

The full report is available for purchase here.

Wood coatings, most often used in the construction and furniture industries, include stains and varnishes, shellac coatings, wood preservatives, water repellents and others.

Stains and varnishes are projected to be the fastest-growing market segment, according to the report.

Regionally, Asia-Pacific is experiencing the most growth, followed by Europe and North America, the report says.

To capitalize on the demand for wood coatings, key market players have strengthened their footholds through mergers and acquisitions over the past five years.

This has allowed German-based BASF SE, The Netherlands-based Akzo Novel N.V., and two U.S. companies—The Dow Chemical Co. and Sherwin-Williams—to keep up in the regions where wood coatings are needed the most, the report states.

Those investment strategies also have allowed the market leaders to gain expertise in the industry and make their practices more efficient, the report says.

In addition to the rise of renovations and remodeling, the wood coatings market is being fueled by the end users’ demand for more eco-friendly products.

Consumers worldwide are seeking low-VOC wood coatings, which the report lists as a major growth opportunity for the companies in the industry.

Also driving the market are emerging countries where the need for wood coatings is expected to increase and rapidly changing coating technologies, the report says.

Companies will need to continue to invest in research and development to come up with new solutions in the constantly changing marketplace, the report says.