City Official Gets Jail for Kickbacks

INDIANAPOLIS--A former Indiana city official will spend more than four years behind bars for siphoning off more than $400,000 in kickbacks from the operators of a concrete company on public-works projects in Bloomington.

Justin Wykoff, 44, of Bloomington, was sentenced Tuesday (June 9) to 55 months in prison after he pleaded guilty to one count of conspiracy to commit wire fraud and 10 counts of wire fraud, according to Josh J. Minkler, U.S. Attorney for the Southern District of Indiana. 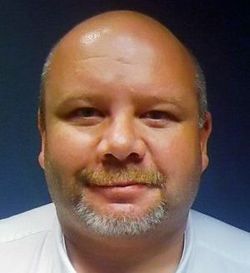 Courtesy photo via Indiana Public Media
Justin Wykoff, former engineering services manager of the City of Bloomington, IN, was sentenced Tuesday to 55 months in prison.

Wykoff served as the Manager for Engineering Services for the City of Bloomington and was responsible for bidding and awarding contracts for public projects, including paving and sidewalk construction.

In addition to his prison term, Wykoff must serve three years on parole.

“Public officials are trusted to serve the people, not to serve themselves,” said Minkler.

“Those who choose to line their pockets using money from the public payroll can expect the full force of the federal prosecution hammer.”

Minkler said the sentence sends a strong message: “If you choose to abuse the public’s trust as a public official, you will go to prison. There will be no probation, no half-way house, no suspended sentence, no parole. The sentence will be prison.”

According to authorities, between April 2011 and February 2014, Wykoff solicited and received substantial cash bribes and kickbacks from Roger Hardin, 52, and his son, Zach Hardin, 26, who operated a company called Reliable Concrete and Construction.

In exchange for the kickbacks, Wykoff assisted the Hardins in obtaining $807,000 in city construction contracts and payments. Prosecutors say $300,000 was for work that was never done, or was previously completed by a different company.

Wykoff estimated project costs and prepared bid proposals, using his inside information to ensure Reliable Concrete was the low bidder, the prosecutors said. In some cases, Wykoff awarded city contracts to Reliable Concrete outright without obtaining bids from other contractors.

The kickbacks were paid in cash to avoid a bank trail, according to authorities.

In February 2014, a month before the men were formally charged, Wykoff created false documents and planted copies in his office in an attempt to further conceal the scheme.

The men are equally responsible for the restitution, according to the prosecutors.