SYDNEY, AUSTRALIA—Technology that sniffs out paint is helping police nab graffiti vandals in the act in New South Wales.

The state's Department of Transport has implemented the technology, called Mousetrap, on rail service across the Sydney area.

As befitting its name, Mousetrap helps stop the vandalism as it is occurs by catching the scent of spray paint or permanent marker.

The system has been fitted on an undisclosed number of Sydney Trains, which serves downtown Sydney and its metropolitan area. 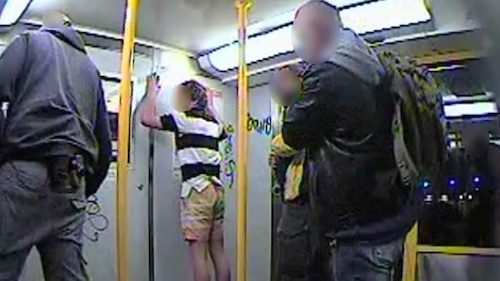 Officials did not provide any information about the manufacturer of the technology and did not immediately respond to a request for more infortmation.

Removing graffiti from the train network cost taxpayers $34 million last year and $30 million the year before that, the Department of Transport said.

Mousetrap has an electronic chemical sensor that detects the vapor of spray paint and markers. Once triggered, the system sends live closed-circuit television recordings and images directly to Sydney Trains staff.

The Police Transport Command, which polices the network, can then be dispatched to quickly locate and arrest the vandals.

"Mousetrap is our latest weapon in the war against graffiti thugs damaging our trains," said Andrew Constance, Minister for Transport and Infrastructure.

The system had resulted in more than 30 arrests as of May 7. Authorities did not say when the trial started.

The initial results of the trial have officials optimistic about the technology.

"[I]ts success has been in allowing Sydney Trains to move from a strategy of removing graffiti to one where we stop it as it happens," said Howard Collins, Sydney Trains CEO.

"Our message is clear: Spray the paint, and run the risk," Collins added.

According to Collins, the network's cleaners remove about 11,000 tags from trains each month.

Mousetrap is just one piece of the rail network's graffiti strategy. Others include: