WASHINGTON, DC—Every day, about 12 U.S. workers are killed on the job, while millions more each year suffer work-related injuries and illnesses—a toll that government and worker groups annually recommit to reducing.

The U.S. Department of Labor's Workers' Memorial Day, observed each April 28, pays homage to workers who have died on the job; acknowledges the suffering of their families and communities; and renews the drive for safe and healthy workplaces for all.

This year, cities from Honolulu to Philadelphia observed the day with a variety of events, including reading the names of workers who were killed, displaying pictures of victims, and offering moments of silence. 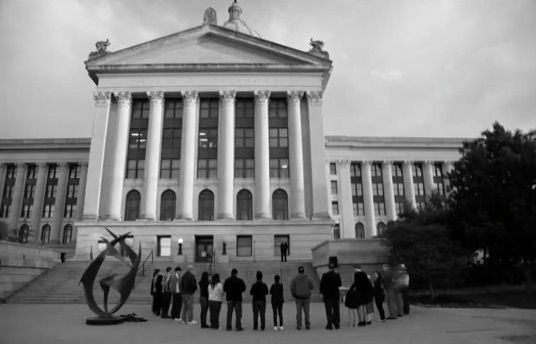 And, because so many of those victims came from highway work zones, the American Road & Transportation Builders Association (ARTBA) marked the day with a new series of videos based on federal government reviews of real accidents that claimed lives.

"Each year, Workers' Memorial Day gives us an opportunity to remember those who have lost their lives in the course of a day's work, and to recommit to keeping workers safe on the job," said U.S. Secretary of Labor Thomas E. Perez.

April 28 is also the day the Occupational Safety and Health Administration was established in 1971.

More than 100 highway construction and maintenance workers are killed each year, according to ARTBA. The videos focus on a major cause of those deaths: worker being run over by vehicles entering the construction area, or by trucks and other heavy equipment strikes within the work zone.

"These case studies are very effective in communicating the importance of jobsite safety when talking with workers and managers," said Brad Sant, ARTBA Senior Vice President of Safety and Education.

"Because they are based on actual events, viewers better understand the consequences of their actions," said Sant.

The videos were made to highlight the National Institute for Occupational Safety and Health (NIOSH) Fatality Assessment and Control Evaluation (FACE) Program, which aims to prevent workplace deaths.

More videos covering other causes of death and injury in the transportation construction industry will be added later, according to ARTBA.

This year also marks 45 years since the Occupational Safety and Health Act was passed.

While the number of workers killed on the job has "fallen dramatically" since 1970 when the act was implemented, 2013 recorded 4,585 fatalities, and that is "still 4,585 too many men and women who lost their lives trying to earn a paycheck," Perez said.

"[M]others and fathers, daughters and sons, sisters and brothers—who went to work but never came home."

Perez noted that 2015 marks the five-year anniversary of three tragedies:

In Oklahoma, where 25 workers perished in 2014, a candelight vigil was held at the State Capitol.

"No job is a good job unless it's a safe job. Workers should not have to risk their lives or their health while working to provide for their families," Bates added.

In 2014, 68 workers were killed on the job in Colorado, Montana, North Dakota, South Dakota, Utah and Wyoming, according to OSHA.