RALEIGH, NC—Lawmakers in North Carolina are considering a bill that would prevent cities and towns from regulating home designs.

The state Senate approved Senate Bill 25 on Monday (April 27). An identical version of the bill, House Bill 36, is awaiting review by the House Committee on Local Government.

The measure comes in response to some cities placing restrictions on home aesthetics, such as the type of roofing, windows and paint colors, according to local news reports. 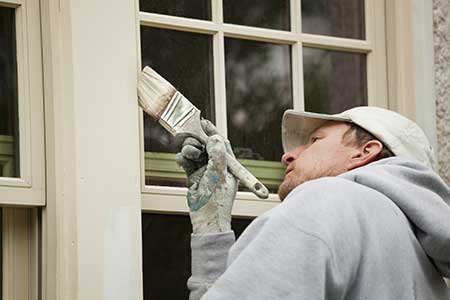 © iStock.com / YinYang
The measure comes in response to some cities placing restrictions on home aesthetics, such as types of windows and paint colors, according to local news reports.

“They’re putting these requirements on developers, but they are not willing to share in the financial risk involved in adding a house and possibly pricing it out of the market,” the bill’s sponsor, State Sen. Rick Gunn (R), said in a statement provided to a local Time Warner Cable News affiliate.

“This should be a market-based decision for builders and developers,” he said.

Under the proposed law, zoning and development regulation ordinances relating to building design elements would not apply to one- or two-family dwellings.

Exceptions would be made for homes in local, state or federal historical districts or those designated as landmarks.

Design elements include exterior paint colors and cladding materials, according to the draft bill.

Opponents of the bill say the change would harm homeowners who rely on the guidelines to prevent substandard new construction from popping up in their established neighborhoods, according to local news reports.

The League is requesting that the legislation include a compromise provision that would limit cities from mandating design in new neighborhoods, but would maintain some regulations governing construction in established neighborhoods, according to the report.

The legislation comes a year after a North Carolina architect sparked a national debate over new construction in historic neighborhoods.

Louis Cherry had nearly completed his 2,100-square-foot modern house in Raleigh’s Historic Oakwood District, when the city’s Board of Adjustment revoked construction permits and a previously issued “certificate of appropriateness.” The city's Historic Development Commission had issued that certificate.

The board acted in response to a complaint from a neighbor, who said the modern house was inappropriate for the historic neighborhood, reports said.

In September 2014, a Superior Court judge ruled that the local board was wrong to have halted the construction.

In commenting on the proposed legislation, Cherry said that such controls excluded both good and bad designs.

“I believe that there are legitimate restrictive covenants with regard to size, height, set backs, etc., but not to style. I have encountered many developments where my client could not build because their taste in architecture was not allowed within the covenants. I support the rights of a property owner to build to their own preferences.

“Uniformity is rarely desirable and precludes the necessary diversity for a vibrant and authentic community within a neighborhood,” he said.