TUMWATER, WA—A former drywall contractor who misclassified his employees and lied about their work hours in order to duck workers' compensation will pay more than $1 million to make good in the case.

The Washington State Board of Industrial Insurance Appeals is holding Shawn A. Campbell and his wife personally liable for unpaid premiums, interest and late penalties racked up by his company, E & E Acoustics LLC.

The judgment is believed to be one of L&I’s largest ever, in holding an employer personally liable for his company’s workers’ comp premiums. 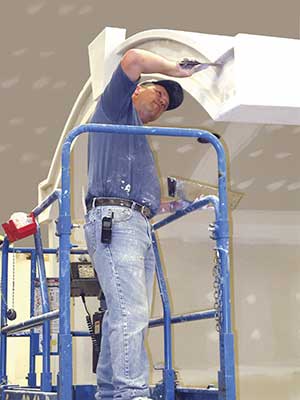 “This is a particularly egregious case of an employer cheating the legitimate businesses and employees who fund the workers’ comp system,” said Elizabeth Smith, assistant director of L&I Fraud Prevention & Labor Standards.

“The board found that Mr. Campbell clearly knew what he was doing in his attempt to skip out on paying workers’ comp premiums.”

A Washington State Department of Labor & Industries (L&I) investigation determined that Campbell’s company significantly underreported the hours that its employees worked by failing to accurately report the size of the company’s drywall jobs from April 2007 through June 2009.

The agency says Campbell owed L&I more than $615,000 in premiums, $102,000 in late penalties and $296,000 in interest as of mid-March. Any money recovered in the case will be returned to the state workers’ compensation fund.

Campbell has appealed the ruling to Walla Walla Superior Court, L&I reported. He could not be reached for comment, and the company has been dissolved.

In filings to the Secretary of State, Campbell sometimes listed his employees as co-owners to avoid paying workers’ comp premiums on them, the board decision said.

However, in 2011, he failed to list any company officers, prompting the Secretary of State to “administratively dissolve” the business, the state said.

L&I then assessed Campbell and his wife personally for the company’s debts after it was no longer operating and the debts remained unpaid.

The board decision said Campbell’s “failure to pay workers’ compensation assessments was the result of an intentional, conscious and voluntary course of action, and thus was willful.” But the board did find Campbell not personally liable for other fees and a record-keeping penalty, which had totaled nearly $39,000.

The Pacific Northwest Regional Council of Carpenters played a major role in assisting L&I in the case, the state said.

"We wish the E&E Acoustics case was an anomaly. Unfortunately, there are other unscrupulous contractors operating in similar ways.”