LYNGBY, DENMARK—One of the world's top paint and coatings companies has announced the imminent departure of its CEO even before it chooses his successor.

After 10 years as chief executive officer, Pierre-Yves Jullien will step down March 31, 2016, "at the latest," Hempel A/S announced Tuesday (April 14) in an unusual statement.

Jullien will retire after nearly 40 years in The Hempel Group "in order to spend more time with his family and on other activities," chairman Richard Sand 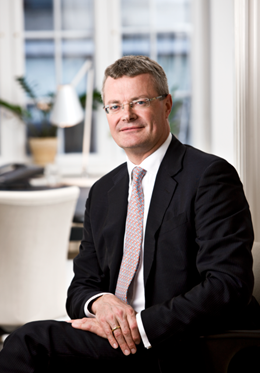 The Hempel Group
Hempel chairman Richard Sand (left) announced that Pierre-Yves Jullien (center) would retire as CEO but move to the board of the Hempel Foundation, succeeding John Schwartzbach (right).

Typically, paint and coatings companies do not announce senior leadership changes until all positions have been filled.

However, Hempel is at a fast-moving, pivotal moment in its history. The company is entering its 100th year in the home stretch of a highly successful five-year growth plan called One Hempel - One Ambition.

That strategy, born in a down year for Hempel, set aggressive five-year growth goals for its products: quadrupling its decorative portfolio, doubling protective, and ramping up its marine products.

Hempel aims to become one of the world's top 10 coating suppliers by the end of this year.

It has rolled out a number of protective and marine coatings in recent years and reported record earnings and profits in 2014.

The decorative segment is the company's largest in EMEA. The portfolio got a boost in 2011 from the acquisition of the UK's Crown Paints and the launch of a 2014 green-building initiative in the Middle East called Purearth.

Hempel's Board of Directors has begun the search for Jullien's successor, the company said.

The board "is confident that the success of the Group will attract the optimal candidate for the position as new CEO, and will work to ensure a professional and smooth transition," the company said.

"It will build on the achievements over the last 10 years, and maintain in full compliance with the key values inherited from the Group’s founder, J.C. Hempel."

Meanwhile, Jullien will join the board of the Hempel Foundation, the sole owner of Hempel A/S, "where his thorough understanding of the Group, accumulated through many years at Hempel, will be a great asset for the future."

The foundation is primarily a commercial enterprise that seeks to provide a solid economic base for the company. It also has a secondary social and charitable purpose. In 2014, the foundation's donations totaled about €24 million (about $25.5 million USD).

Jullien will replace the board's John Schwartzbach, a 10-year member who has reached the mandatory retirement age. Hempel said Schwartzbach had "played an important role in the development of the Hempel Foundation."

"By focusing on the business and the staff—including new colleagues from [recent Hempel acquisitions] Schaepman in the Netherlands and Jones Blair in the U.S.—the Board of Directors is convinced that the Group will continue to reach new sales records" and surpass revenues of $1.4 billion USD in 2015.