The case dates to 2010, when EPA Region 7 first inspected the two sites and documented "serious erosion control issues" at both sites, the agency said. 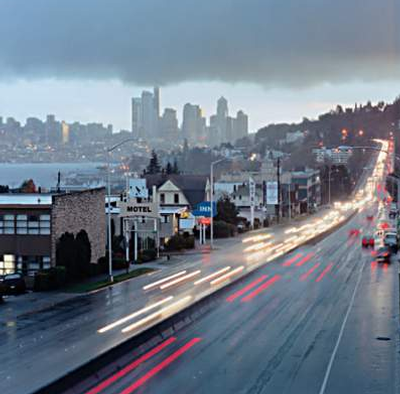 Photos: EPA
Stormwater runoff is generated when precipitation from rain and snowmelt flows over pavement and other impervious surfaces, collecting debris, chemicals, sediment and other pollutants.

On those inspections and in another round the following year, inspectors identified a variety of violations, including:

The allegations are outlined in a federal complaint filed April 8, the same day as the proposed consent decree.

The Missouri Highways and Transportation Commission, the parent agency of the state's Department of Transportation, admits no wrongdoing in the case.

The sites are Highway 54 in Osage Beach, and on Highway 67 between Coldwater and Silva.

Osage Beach, in the Lake of the Ozarks area, is a popular tourist and shopping destination. The inspections were prompted by complaints from Osage Beach residents who said construction at the site had left mud and sediment on nearby properties.

Environmentally sensitive areas are those that provide critical habitat for threatened or endangered species, or those where sediment impairs the downstream water body.

The consent decree is subject to a 30-day public comment period and approval by the federal court.

Stormwater runoff is generated when precipitation from rain and snowmelt flows over land or impervious surfaces such as paved streets, parking lots and rooftops, rather than percolating into the ground.

Such runoff collects debris, chemicals, sediment and other pollutants.

“The terms of this agreement ensure that the Missouri Department of Transportation will complete their work projects with appropriate plans, procedures and personnel to protect the environment."