ATLANTA—Whether it's smoldering tobacco or gurgling vape, the federal government wants it out of the workplace, even in smoking-intensive industries like construction.

A new scientific bulletin calls on U.S. employers to prohibit smoking and vaping in all workplaces and to offer tobacco-cessation programs to workers.

Beyond the well-documented case against tobacco, the National Institute for Occupational Safety and Health (NIOSH) recommends that workplaces shun Electronic Nicotine Delivery Systems (ENDS) or e-cigarettes because they have not been well-studied, according to a Current Intelligence Bulletin issued April 2. 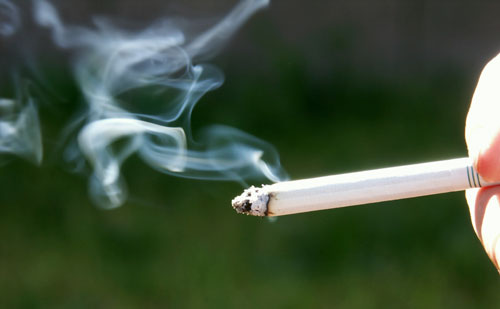 ©
NIOSH urges employers to ban all smoking, even of e-cigarettes, in the workplace.

The 102-page document, “Promoting Health and Preventing Disease and Injury Through Workplace Tobacco Policies,” is aimed at preventing occupational injury and illness related to tobacco use, while improving the general health and well-being of workers, according to NIOSH.

The new recommendations are built upon previous ones regarding tobacco use in the workplace; they incorporate public review and comment on an earlier draft document.

“This Current Intelligence Bulletin marks a half century since the first Surgeon General’s Report on the health consequences of smoking,” said NIOSH Director John Howard, M.D.

According to the latest data, cigarette smoking causes about one of every five deaths in the U.S. each year, the Centers for Disease Control reports. Moreover, CDC indicates that smoking is estimated to cause:

All of the figures include deaths from secondhand smoke.

A variety of cancers as well as respiratory, cardiovascular, metabolic and other diseases are associated with tobacco use, according to the CDC.

“While cigarette smoking in the U.S. has declined more than 50 percent among all U.S. adults [since the first Surgeon General’s Report], about 20 percent of all U.S. workers still smoke, and far too many nonsmoking workers are still exposed to secondhand smoke at work,” according to  Howard.

In the construction industry, for instance, smoking prevalence among workers exceeds 30 percent, the bulletin says. For construction trades helpers, that number jumps to 49.5 percent.

As a result, NIOSH recommends that, at a minimum, employers establish and maintain smoke-free workplaces that protect workers from involuntary, secondhand exposures to tobacco smoke and airborne emissions from e-cigarettes and other electronic nicotine delivery systems.

Additionally, NIOSH urges all employers to assure compliance with OSHA and MSHA regulations that prohibit or otherwise restrict smoking, smoking materials, and/or use of other tobacco products in designated hazardous work areas.

Ideally, all tobacco use would be prohibited throughout the entire workplace, according to NIOSH.

This is the first NIOSH guidance to include recommendations regarding e-cigarettes. Because of the limited data available on the safety of exposure to e-cigarette emissions, the institute recommends including these products in indoor smoking bans.

The bulletin says employers should provide all workers, including volunteers and contractors, with tobacco-related health risk information.

To increase participation by lower-wage workers, the employer should provide these services at no cost or subsidized, according to the report.

Where feasible, these programs should be made available and promoted to workers’ dependents as well, NIOSH says.

NIOSH is the federal agency that conducts research and makes recommendations to prevent worker injury and illness.