A former Federal Highway Administration executive has pleaded guilty to using family members as straw subcontractors to steer federal funds and programs to his own company over seven years.

Lawrence Cullari Jr., 43, an Ivy League MBA who was arrested last July in his FHWA office in West Trenton, NJ, faces up to 20 years in prison at sentencing June 22.

Cullari served as the federal agency's Acting Division Administrator, the top position in the NJ Division, for years until his arrest. 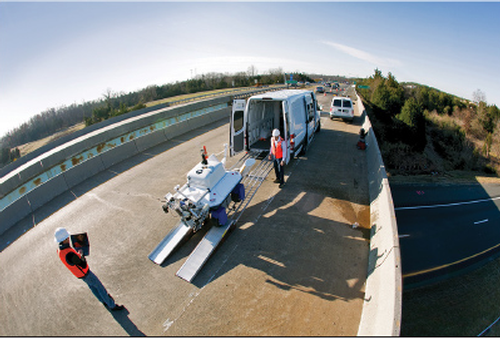 Drew Noel / Rutgers CAIT
Rutgers University’s Center for Advanced Infrastructure and Transportation (CAIT) was one of two university organizations that contracted with Lawrence Cullari Jr.'s then-father-in-law, not knowing the firm was fronting for Cullari, officials said. In 2013, the well-respected center unveiled its Robotics Assisted Bridge Inspection Tool, or RABIT (pictured).

As chief operating officer for the division, Cullari was responsible for managing the 11th largest federal-aid program in the country, totaling approximately $1 billion per year, according to a 2013 bio by Rutgers University for the 15th annual NJDOT Research Showcase, where Cullari was a presenter.

In his position, Cullari supervised 25 professional engineers, planners, finance specialists, environmental specialists, civil rights and administrative specialists. He joined the FHWA in 1996 and had held positions in planning, research, finance and asset management, according to Rutgers.

Cullari has a bachelor of science degree in environmental planning and design from Rutgers and a master’s degree in business administration from the University of Pennsylvania.

All in the Family

Cullari pleaded guilty March 17 to mail fraud, admitting that he, "while in his official capacity, influenced the allocation of FHWA funding and the direction of federal and state transportation programs in order to unjustly enrich himself," according to the U.S. Department of Transportation's Office of Inspector General.

The scheme played out from May 2006 until at least June 2013 and involved Cullari's then-father-in-law, identified in court documents as "W.P.", according to the U.S. Department of Transportation's Office of Inspector General.

In May 2006, authorities said, Cullari approached his father-in-law and asked to use his company as a nominal or “straw” contractor to get work for a consultancy that Cullari owned with his then-wife.

The idea, authorities said, was for Cullari's company, Dencore Consulting, to get contracts from Rutgers University’s Center for Advanced Infrastructure and Transportation (Rutgers CAIT) and New Jersey Institute of Technology (NJIT). Cullari had close ties to Rutgers CAIT, where he served on several boards.

Because of his FHWA position, Cullari was ineligible to received agency-funded contracts.

For seven years, authorities said, Cullari prepared bids and work proposals for W.P. to sign and submit to Rutgers CAIT and NJIT on behalf of W.P.'s company.

When W.P.'s company was awarded a project, Cullari arranged for the relevant engineering reports to be completed. He had W.P. sign and mail the reports to the universities as if his company had performed the work.

W.P. then invoiced the schools, kept a portion of the payment (usually about $300) for himself, and wrote a check to Dencore Consulting for the balance, authorities said. 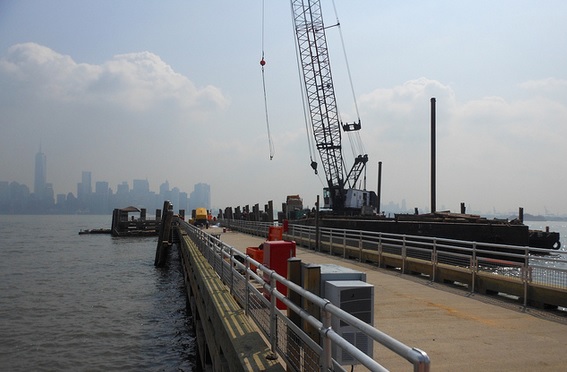 As chief operating officer for his Federal Highway Administration division, Cullari managed the 11th largest federal-aid program in the country, totaling about $1 billion per year.

"On at least one occasion, Dencore Consulting issued a $20,000 check to Cullari Jr. after he created a false $20,000 invoice for work purportedly rendered by a non-existent company," the Inspector General said.

W.P. was not charged in the scheme.

In addition to the contract scheme, Cullari falsified Confidential Financial Disclosure Reports from 2009 through 2013, indicating that he held no outside positions and earned no outside income, authorities said.

As part of his guilty plea, Cullari Jr. will also be subject to a forfeiture money judgment. The amount will be determined at his sentencing.

Cullari, of Tinton Falls, NJ, was originally charged with mail fraud and five counts of making false statements. He was released on $100,000 bond after his initial court appearance, where he was represented by a federal public defender.

p>The false-statements counts each would have carried up to five years in prison. In addition to the 20-year maximum on the mail fraud, it also carries a maximum potential penalty of $250,000, or twice the gross gain or loss from the offense.
Tweet