Authorities are investigating a construction accident at a Texas high school sports facility that killed one worker and injured three others.

A large, metal frame of an athletic indoor practice facility crashed to the ground about 7:30 a.m. Thursday (April 2) at Argyle High School in Argyle, TX, according to reports. 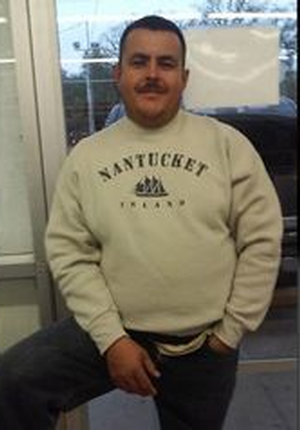 Facebook
Julio Ledesma, 36, an employee of Warnick Metal Building Erectors, was killed when the metal frame at an indoor sport facility under construction came crashing down. He was a single father of three young daughters.

Officials say Julio Ledesma, 36, of Fort Worth, was on a lift that came down when the structure fell.

Neither the identities nor the conditions of the injured victims was available Monday (April 6).

Students and school staff were not at the site at the time of the incident.

A witness told the Star Telegram that it had taken just five seconds for the frame to come down.

The 17-year-old student said she had been pulling into the school’s parking lot when she saw the structure begin to wobble.

“As the first pillars started to collapse, you could hear them… creaking,” Arya Monticino told the news outlet. “It was kind of a domino effect … It became this huge sound—metal hitting metal, then hitting the ground.”

All four workers involved in the incident were employed by subcontractor Warnick Metal Building Erectors, of Haltom City.

The Occupational Safety and Health Administration, the contractor, the school district and law enforcement are all investigating.

Ledesma was a single father of three daughters, ages 16, 12, and 10, according to local reports.

Parents, students, family and friends gathered at the construction site for a candlelight vigil Friday evening.

“This is a terrible, terrible tragedy,” Argyle Independent School District Superintendent Dr. Telena Wright told members of the media. “My thoughts go out to the family of the deceased. I am so very sorry.”

Flags at the school were lowered to half-staff following the collapse.

A parent of three children who attend the Argyle school launched a GoFundMe page to raise money for Ledesma’s daughters.

The $3.7 million building was being constructed by Northstar Builders Group, of Coppell, and had been underway for about three months, reports say. The 80-yard indoor practice facility was to be completed by fall 2015.

Corgan, the Dallas-based architectural firm that designed the facility, told members of the media that part of the structure that collapsed was a prefabricated frame.

By Sunday, all debris had been cleared from the construction side, according to reports.

According to OSHA’s database, Warnick Metal was fined $4,200 in March 2012 for one serious violation for failing to provide workers with fall protection.

Warnick informally settled that case with the agency and paid $2,940.

The company was also involved in a lawsuit regarding a Haltom City building that collapsed in April 2007 during a tornado, according to the Star Telegram. Court documents say some sections of the building were not properly welded, which contributed to the collapse, the report said. Warnick worked on the building in 1998.

That case, brought by Milliorn Investments, was dismissed in June 2009.