Coming down the home stretch of its ambitious five-year growth strategy, the Denmark-based Hempel Group is entering its 100th year with record profits and earnings, as well as strong tailwinds for its next phase.

2015 marks the closing year for the paint and coating maker's One Hempel - One Ambition Strategy, which set aggressive five-year growth goals for its products: quadrupling its decorative portfolio, doubling protective, and ramping up its marine products. 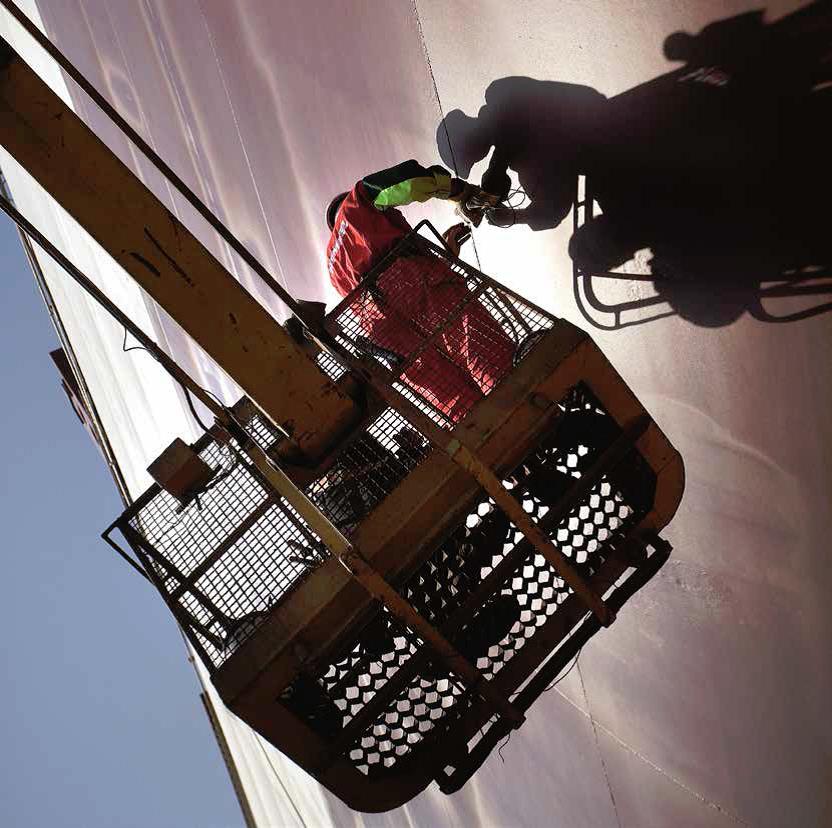 Images: The Hempel Group
Founded in 1915 as a marine paints company, Hempel has found strong growth in the protective segment. Decorative is its largest segment in EMEA.

The company, founded as a marine paints maker in 1915 and still strongly focused on anti-corrosion coatings, aims to become one of the world's top 10 coating suppliers by the end of this year.

Hempel notes that it achieved the growth despite a flat first half to the year.

Hempel provided a geographical view of its 2014 market.

Decorative paints is Hempel's largest segment in the Europe, Middle East and Africa region, where the company has more than 3,200 employees.

Overall, the company reported "reasonable growth" in EMEA, with slow growth in most of Europe offset by surging infrastructure and housing construction activity in the Middle East.

Public investment remained soft in much of Western and Eastern Europe, delaying many projects, Hempel said. Protective sales were down in Europe but up across much of the Middle East. Marine coatings "performed well" across the region, the company said.

Growth was "subdued" in Hempel's Asia-Pacific region, with improving sales in China in the second half of the year and mixed performance in Southeast Asia.  The marine market remained cautious about fleet investments, but the protective industries, especially power generation, saw good growth.

India's meteoric growth of recent years began to slow in 2013 and 2014, but remains stronger than many other regions worldwide, said Hempel. A major slowdown in the Chinese economy—indeed, its slowest growth recorded since 1990—was felt in the delay or cancellation of a number of projects.

With nearly 1,600 employees in the region, Hempel reported "reasonable sales" regionwide, growing "with or above the market in most segments."

The company has rolled out a number of new protective and marine coatings in that region and elsewhere in the last 18 months.

The coatings market in the Americas grew in 2014, led by strong growth in the protective industries. Hempel reported double-digit gains in the region for the year.

Investment in infrastructure, especially rail and wind, was solid, and the marine market remained stable in comparison to the prior year.

"Overall, we expect to see revenue growth and believe that we will be able to maintain the level of earnings achieved during 2014 and 2015," the company reported.