An undulating, airy, precision-engineered pavilion is showing the architectural community the future of 3D-printed structures.

The University of California-Berkeley has unveiled the structure, called Bloom, that reportedly overcomes the traditional drawbacks—speed, cost, practicality and aesthetics—of other 3D-printed architecture. 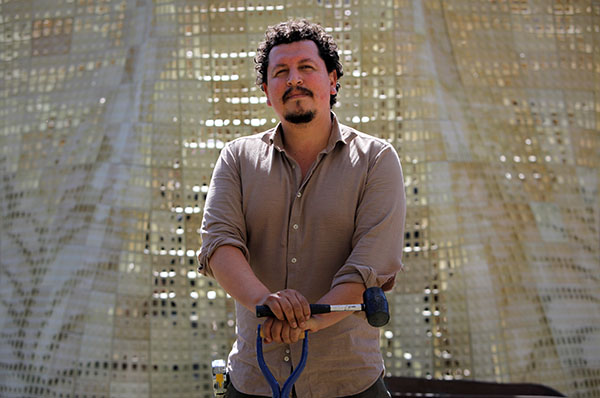 The cement polymer pavilion was unveiled Friday (March 6) at the close of the fifth annual Berkeley Circus, which presents the research and accomplishments of the College of Environmental Design (CED).

The project is the brainchild of Ronald Rael, associate professor of architecture, and follows a year of research with four graduate students: Kent Wilson, Alex Schofield, Sofia Anastassiou and Yina Dong.

Rael designed and led the project with funding and collaborative support from the Siam Research and Innovation Co. Ltd. (SRI), the R&D division of Siam Cement Group (SCG). SCG, the largest cement company in Thailand, provided the Portland cement.

Additional support and materials were provided by Emerging Objects, a startup founded by Rael and Virginia San Fratello, and Entropy Resins.

The structure was fabricated using 11 3D Systems printers located in the CED printFARM (print Facility for Architecture, Research and Materials) and at Emerging Objects.

"Each enumerated brick is unique, with a variegated pattern that allows for varying amounts of light to pass through," the college says. "Assembled, the bricks create an overall decorative pattern reminiscent of traditional Thai floral motifs along the structure’s undulating wall."

CED reported on the project and has more photos here.

Bloom, a freestanding pavilion, is nine feet high with a 12-by-12-foot footprint. It is composed of 840 customized blocks that were 3-D-printed using a new type of iron oxide-free Portland cement polymer formulation developed by Rael, the college said.

The school calls Bloom "a precise 3-D-printed cement polymer structure that overcomes many of the previous limitations to 3-D-printed architecture." 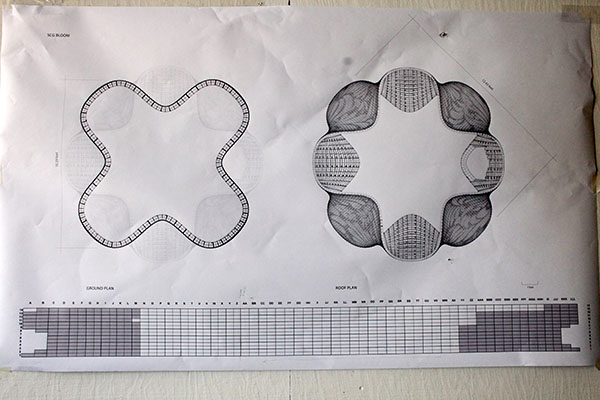 "Such limitations include the speed and cost of production as well as aesthetics and practical applications."

'A New Paradigm in Building'

Rael believes his approach is both unique and practical.

“While there are a handful of people currently experimenting with printing 3-D architecture, only a few are looking at 3-D printing with cement-based materials, and all are extruding wet cement through a nozzle to produce rough panels,” he said.

“We are mixing polymers with cement and fibers to produce very strong, lightweight, high-resolution parts on readily available equipment; it’s a very precise, yet frugal, technique. This project is the genesis of a realistic, marketable process with the potential to transform the way we think about building a structure.”

After its display in Berkeley, the structure will be disassembled and shipped to SRI in Thailand, where it will be exhibited for several months. After that, it will travel to various locations around the world.

“Our collaboration with Ronald Rael and the College of Environmental Design at UC Berkeley has allowed us the rare opportunity to work with one of the premier environmental design centers in the world to help them innovate our materials to create a new paradigm in building.”