What Color is Your Parakeet?

One would think that the world's four-legged critters are born as cute and colorful as they need to be.

In Bareilly, India, local officials have reluctantly backed down from a plan to paint friendly village dogs blue to distinguish them from packs of killer canines that have been attacking local children.

The town planned to pour "buckets full of thick paint" on the good dogs, to show the residents which animals were safe, Rameshwarnath Tiwari, sub-divisional magistrate (SDM) of Baheri, told the Times of India. 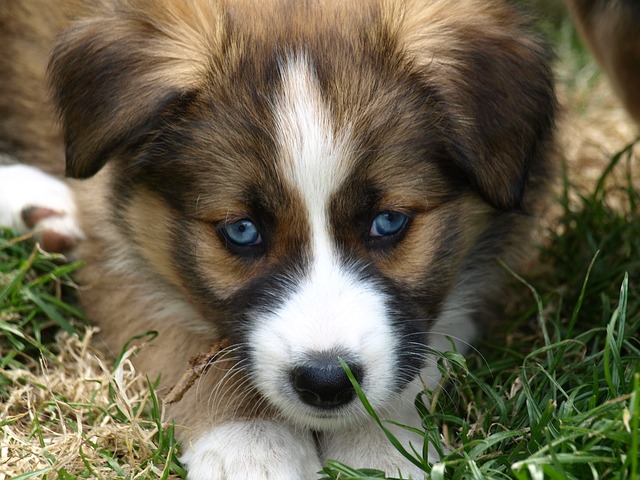 pixabay
Friendly dogs around the world are panting a sigh of relief over the decision not to douse their Bareilly brethren in thick blue paint. Vets and animal activists stopped the idea.

The town would identify the wild dogs "on the basis of their behavior," Tiwari explained. The wild dogs roam from village to village in packs of 15 to 20 and have killed five children, the official said.

The friendly dogs tend to stay in their home village and not attack children.

The dog dousing was to commence March 1, but animal activists and scientists from the Indian Veterinary Research Institute protested.

The critics "cautioned that pouring buckets full of thick paint on the dogs would affect their eyes and face," said Tiwari. "It could pose a risk to their life as well. Therefore, we decided not to go ahead with the plan."

Instead, the wild dogs will be hunted down, and the friendly dogs will get collars, officials said.

Russian actress and writer Eleina Lenina, arguably the world's biggest pink-o-phile, has been excoriated worldwide in recent days over the news that she painted her kitty hot pink for a pink-a-palooza she was throwing.

The paint was toxic, and the cat later died, reports said.

Lenina showed off her pink pride in a video that quickly went viral and angered hundreds of thousands of people worldwide. A petition was launched to have her charged with animal cruelty.

Lenina insisted that the color "was especially chosen for its healing properties and also strengthens the cat's hair," according to the Daily Mail. She added, "A vet told me it was a beneficial addition."

After the fur started flying, Lenina denied that the kitty was dead, Tweeting photos of a much-less-pink cat as evidence. She threatened to sue her detractors, but added that she no longer had the cat.

Meanwhile, in Helmshore, Lancashire, England, police have offered free pots of blue paint to the wealthy residents of Weavers Dene estate to paint straying sheep who are noshing on their gardens.

"The woolly trespassers are causing misery by eating flowers and leaving their droppings all over the gardens and street," the Mirror Online reports.

Local resident Steve Molineux said the intruders have their way with the yards at all hours.

“I saw them at 3 a.m. in the middle of the road," he told the paper. "It was like five or six lads going home after a Friday night out."

“It’s a delicate situation as it’s not clear whose sheep they are.”

Lancashire Police are hoping that if residents can chase down and paint the offenders, their owners can be identified.