Modern building materials, designs and furnishings have their advantages, but they also stoke a faster, deadlier house fire than their older counterparts, new research finds.

The dangerous downside to these modern advances was reported by UL (formerly Underwriters Laboratories), the century-old global safety consulting and certification company that tests and validates a wide variety of products and materials.

"UL determined that fires today are more dangerous and pose more risks than in the past," the company reports in the latest issue of its New Science Journal, which focuses on fire safety. 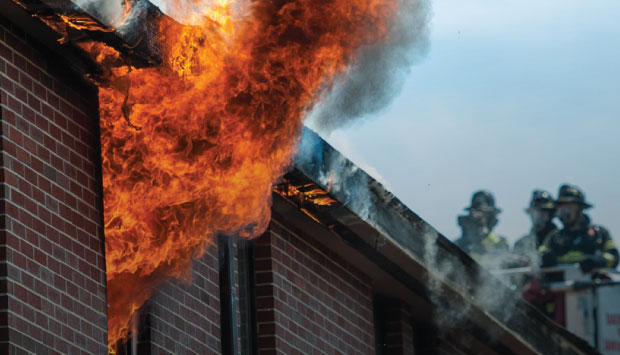 "Fire propagation is faster, and time to flashover, escape times and collapse times are all shorter."

UL called the modern home fire a "perfect storm" of conditions and outcomes.

The new research follows hundreds of analytical studies of home fires that UL has conducted over the years.

In 2012, the company's scientists designed a series of experiments that focused on the size and geometry of modern homes as well as modern furnishings and building materials.

The legacy homes had furnishings from the mid-20th century and building materials from between 1950 and 1970, UL said.

All of the modern rooms transitioned to "flashover"— the point at which a surface reaches its autoignition temperature and emits flammable gases—in less than five minutes, UL found.
By contrast, the fastest legacy room took just over 29 minutes to reach flashover, and the legacy-furnished rooms took eight times longer on average to reach flashover.
"The experiments revealed that the natural materials in the legacy rooms released energy more slowly than did the fast-burning, synthetic-furnished modern rooms, which leaves significantly less time for occupants to escape the fire," UL found.
Most of the modern fires reached flashover or became ventilation-limited before firefighters could have arrived at the scene, the experiments showed.

The faster fire spread "has a substantial impact on occupant and firefighter safety," UL concluded.

Walls, Windows and Doors
The company also tested four types of new construction materials: wall linings, structural components, windows and interior doors.
Today's wall linings are thinner and more easily penetrated by fire than older walls, and today's structural components are lighter and faster to collapse than their 50-year-old counterparts, the report found.
For example, UL said, "an engineered I-joist floor system collapsed in less than one-third the time than did the dimensional-lumber floor system."

Modern windows failed in half the time of older windows, and interior doors failed in about five minutes, UL said.

In the "modern fire environment," firefighters who arrive at eight minutes may see the structure collapse within just 90 seconds.

The company is working closely with manufacturers and the firefighting community on the implications of its findings.