Is there enough room in the super-hot pink-and-purple world of girls' construction toys for another entrant?

K'Nex Brands LLC thinks so. The Pennsylvania-based toy company has rolled out Mighty Makers, its answer to LEGO Friends, Lite Brix, Goldie Blox and others this week at the New York Toy Fair.

K'Nex is hoping for a piece of the $1.8 billion construction toy pie with the new building set, which replaces the primary colors of its conventional rods, spokes and blocks with magenta, gold and apple green. 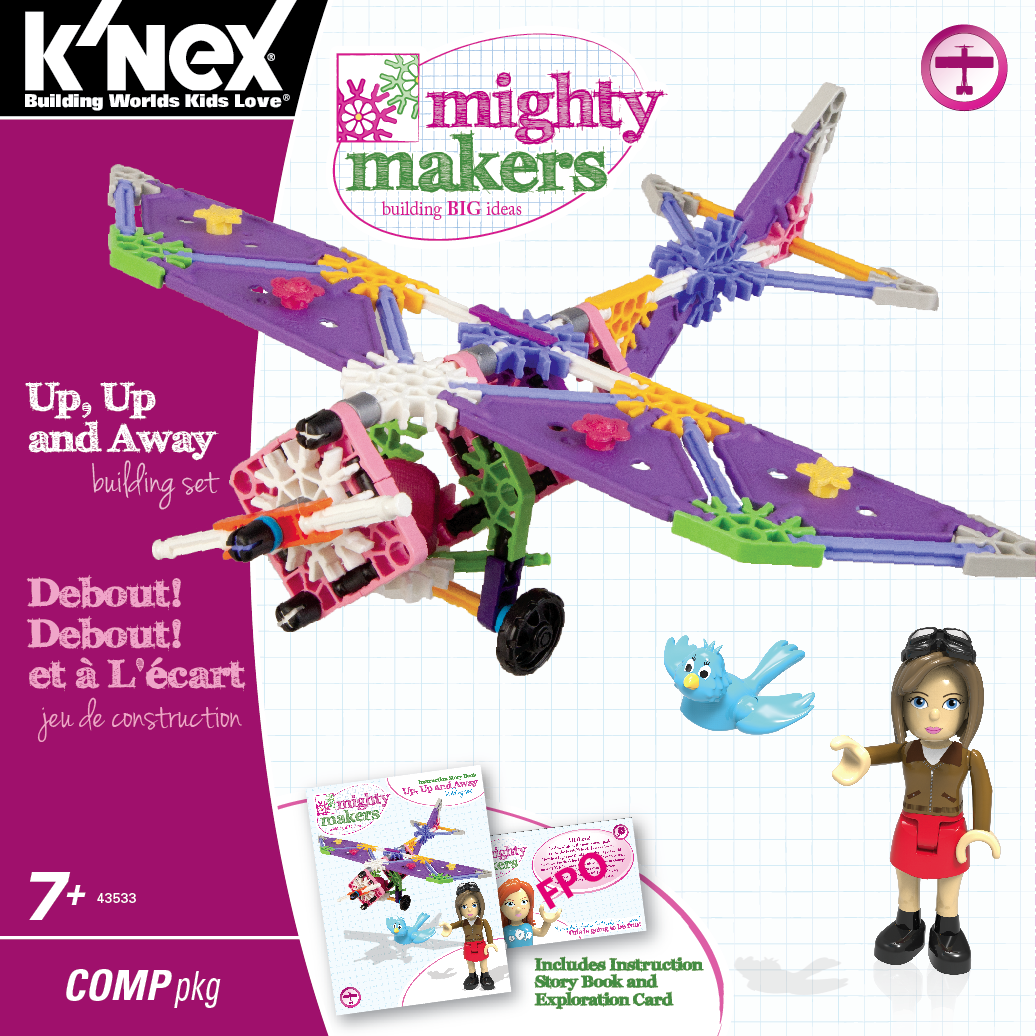 K'Nex Brands
K'Nex's new Mighty Makers construction sets for girls "aim to show every girl that she can be MIGHTY!" The toy company is seeking a slice of the $1.8 billion construction toy pie.

The construction-toy craze for girls is part of a larger debate over attracting girls to so-called STEM (science, technology, engineering and math) careers.

"STEM jobs are increasing faster than non-STEM jobs, and the need for educated and excited workers is ever-growing," said Kristen Krikorian, director of marketing for K'Nex. "We've noticed a lack of women pursuing careers in STEM, and we want to help change that.”

Mighty Makers offers five building sets geared toward girls: Up, Up and Away; Going Green; Fun at the Fair; Deep Sea Dive; and Home Designer (the latter with its own blueprints, which may require the skills of Architect Barbie).

In addition to the building components, each set includes two figures. Research shows that while girls like to build, they tend to work together and create narratives with their construction, rather than just working alone to build a cool structure. Therefore, most of the girl building toys on the market include figures.

K'nex is hoping for the kind of lightning that struck LEGO after it launched Lego Friends in 2012. That line, which includes settings like a shopping mall and pet salon, has been growing by 20 percent a year since it was introduced, Bloomberg reports.

Before Friends, only nine percent of LEGO users were girls, the company reported. Within eight months, one in four sets were bought for girls, The Los Angeles Times reported.

LEGO started a girl-building stampede that it is now trying very hard to protect.

On Feb. 6, the Danish toy maker filed a complaint with the U.S. International Trade Commission to try to block imports of what it calls copycat products: specifically, LiteBrix, by LaRose Industries LLC, of New Jersey; "My Life As" Toys, by Mattel-owned Mega Brands Inc. of Canada; and "Fairy Take High," by Florida's Best-Lock Construction Toys Inc.

The Trade Commission is now accepting comments on the petition.

The petition does not name GoldieBlox, whose "Princess Machine" video drew more than 2.5 million views (and a copyright suit over its soundtrack) just before Christmas 2013.

That company sold out of all of its toys in that first season.

Undeterred by the competition, K'Nex claims that "there are very few options" for girls in the building toy aisle.

It adds, "Mighty Makers sets aim to show every girl that she can be MIGHTY!"