In his landmark decision issued in late 2013, Santa Clara County Superior Court Judge James Kleinberg ordered the companies to pay for lead paint abatement in certain areas of California—finding that the companies “sold lead paint with actual and constructive knowledge that it was harmful.” 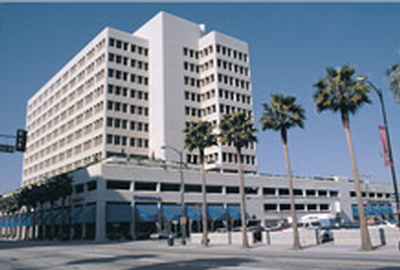 courts.ca.gov
The California Court of Appeals Sixth Appellate District will hear an appeal from Sherwin-Williams, NL Industries and ConAgra Foods.

He held the companies responsible for creating or assisting in the creation of a “public nuisance.”

The decision rejected various arguments as unconvincing, including contentions that lead paint no longer presented a significant public health threat and that the defendants lacked knowledge about the hazards at the time of sale.

A number of similar lawsuits have failed in other states.

Claims against co-defendants Atlantic Richfield Company and DuPont were dismissed at the trial level.

Motions for a new trial and to vacate the ruling were denied last March. The appeal to the verdict was filed in September 2014.

Representatives for the companies say amici curiae briefs must be filed by Friday (Feb. 20). Any party to the suit is permitted to respond to the amicus brief within a time specified by the appellate court.

Oral arguments will take place after those are filed, but no specific date has been indicated, the representatives said.

On appeal, the companies argue that the trial court failed to apply correct legal standards in the case and that the plaintiffs did not prove their case, according to briefs provided via e-mail.

For instance, ConAgra says, “Plaintiffs were required to prove that, at the time of any promotion, Fuller actually knew that interior residential lead paint would be harmful to vast numbers of children.”

“Since the BLL [blood lead level] testing methodology that first led scientists to believe that low levels of lead were harmful did not even exist until decades after the time of the Fuller advertisements in the record (1935), it is plain that Fuller lacked the required knowledge at the time it acted.”

The company also argues that the court denied it a fair trial and that the judgment should be barred on multiple legal grounds.

“ConAgra Foods was never even in the paint business,” a ConAgra spokeswoman said in a statement issued after the verdict.

“As a food maker who employs thousands of people in California, we believe this case is an unfortunate example of extreme overreach.”

In its appeal, Dallas-based NL Industries argues that the plaintiffs “try to sidetrack” the appeal with an “inaccurate story” about the companies’ “place in the evolving knowledge of lead paint toxicity.”

The plaintiffs “hope to turn legal disputes into a factual scuffle …so they tell a story of a bad industry based on exaggerations,” according to the reply brief.

“In the People’s story, defendants possessed medical knowledge superior to the public health authorities, concealed facts about lead hazards from the government, and used deceptive advertising to mislead consumers,” the company explains.

“But even the People’s experts did not support these claims; and they often said the opposite.”

NL Industries argues that the plaintiffs want to put the paint companies on the “wrong side of history as science changed” using the luxury of “hindsight.”

“However, judgment by hindsight creates absolute liability; and that is not the tort law of California,” the company notes.

Cleveland-based Sherwin-Williams says that the plaintiffs failed to present evidence to support essential elements of the case and that the trial court misapplied legal standards to hold the company liable.

“Plaintiffs ask this court to rewrite the law, history, and science and disregard the real world today,” Sherwin-Williams said.

The trial court’s verdict requires the defendants to pay $1.1 billion into a specially designated and restricted abatement fund.

The fund will be administered by the Director of the California Childhood Lead Poisoning Prevention Branch program for the benefit of residents within the 10 jurisdictions.