LAS VEGAS—Close your eyes, and imagine the next accident at your job. Can you picture who is most likely to be involved?

If you're like the attendees at Greg Ford's SSPC 2015 session on safety, the answer is yes.

The good news: More upfront attention to red-flag behaviors by employees, colleagues and even potential hires can make the workplace far safer than all that after-the-fact finger pointing that usually ensues, says Ford, CEO and co-founder of TalentClick Workforce Solutions. 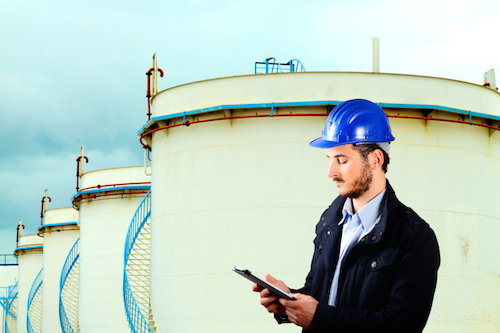 ©iStock.com / Lisa-Blue
"Slips, trips and falls" and "near misses" were the two most frequent types of incidents reported at an SSPC 2015 presentation on safety self-awareness.

In fact, in most industries, up to 90 percent of accidents are preventable because they are caused by human error that often shows up in patterns of behavior, said Ford, whose presentation Tuesday (Feb. 4) was called "How to Reduce Human Error through Safety Self-Awareness."

His point: Personalities contain telling signs of the risks and choices people will make in certain situations. However, those patterns are frequently not reported or noticed until after an accident.

Work to identify the traits and patterns that invite problems, and you can create a safer workplace, counsels Ford, who holds a B.A. in psychology and an M.Ed in workplace learning. He is an adjunct professor at Simon Fraser University and has co-authored two business books.

On Aug. 8, 1980, an explosion at an Exxon refinery in New Jersey caused $5 million in damage to the plant and necessitated $1.5 million in medical treatment for Morecraft.

Morecraft had more than 15 years of experience on the job but took shortcuts while repairing part of a pipeline—a job he had performed hundreds of times. He ignored shut-off valves to save himself time, lacked proper personal protective gear, and left his truck running nearby.

Utlimately, the upstream valve didn't hold, and Morecraft was blasted with flammable chemicals, temporarily blinding his unprotected eyes. His truck's motor then ignited the vapors, sending the vehicle, the refinery, and Morecraft up in flames. He was severely burned over 50 percent of his body and spent five years in the hospital.

"My behavior was a result of who I was," Morecraft, who is now a motivational speaker, has said about himself.

"I was making bad choices in my life every day. Looking back, it was predictable that something was going to happen, sooner or later."

Using Morecraft as a harrowing example, Ford noted that although personality is resistant to change, behavior can be modified by measuring risk factors that may lead to errors and incidents on the job.

Ford's company has developed an assessment tool to measure these risk factors. By asking sets of questions, participants are able to determine personality dimensions with safety implications, such as:

While none of these personality traits is necessarily bad, it's important to tailor training and coaching to them—a move that can effectively mitigate risks and reduce costs, according to Ford.

Ford worked with the company on improving safety through a customized plan that included:

Since implementing the plan in 2011, Ford said, the company has achieved:

Focus on Right, Not Wrong

Personality is predictable and measurable in front-line workers, and safety can be achieved in three steps, Ford said:

In the end, he said, focusing on the right behaviors instead of harping on the wrong ones will make the more significant difference in employees' safety self-awareness.