Towers Top Out at Record Rates

It's a tall world after all—taller than ever, in fact, with record numbers of vertiginous structures topping out in 2014 and many more ahead.

A record-breaking 97 buildings of 200 meters' height (about 656 feet) or more were completed in 2014, shattering the old one-year record of 81 set in 2011, the Council on Tall Buildings and Urban Habitat reports in its new 2014 Year in Review.

The year included the completion of a record-setting 11 "supertalls" (buildings of 300 meters, or about 984 feet, or higher). More than half of the world's 85 supertalls have been completed since 2010, the council reports. 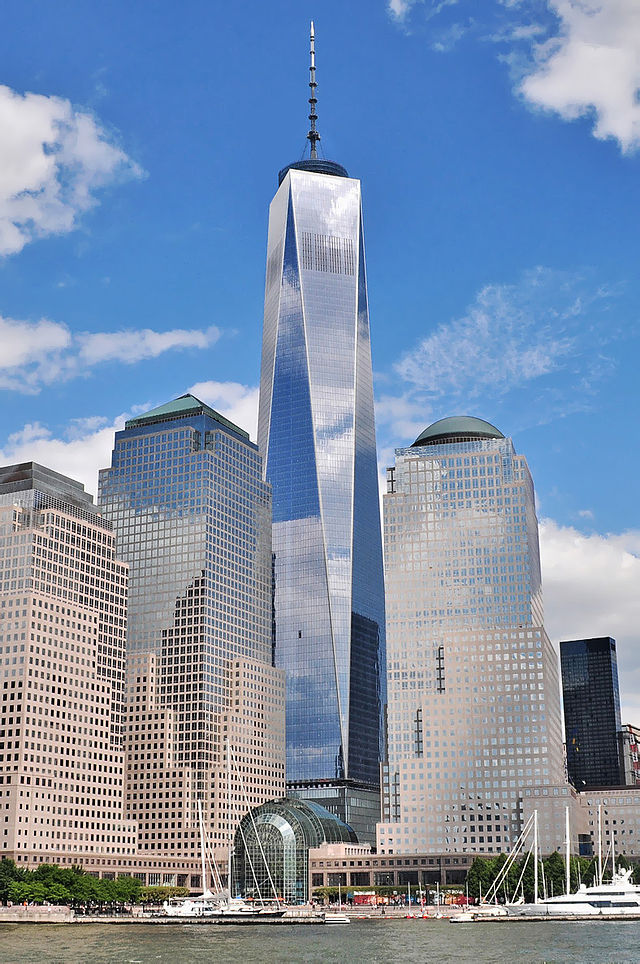 The Council and its companion Tall Building Resource Center are located in Chicago at the Illinois Institute of Technology.

Looking Up in Asia

Asia has been, and remains, the tall-building capital of the world, the council reports. More than three-quarters of the 97 tall buildings completed in 2014 were in Asia.

And China's dominance dwarfs the rest of the continent. That country single-handedly completed 58 tall buildings, 60 percent of the global total, with six tall projects in Tianjin alone. This is the seventh consecutive year that China led the world in tall-building completions.

The United States and Canada each completed three tall buildings in 2014. At 541 meters, New York City's One World Trade Center (also known as "Freedom Tower") was the tallest building completed worldwide in 2014. The $3.9 billion structure is now the world's third-tallest building.

(The One WTC completion ends a five-year tall dry spell in the U.S., the council notes. The last U.S. tall to open was Chicago's Trump International Hotel & Tower in 2009.)

South America finished its first supertall in 2014, the only tall project completed on the continent last year.

The great heights are being achieved with less concrete and steel than before, the council reports.

More than half of the 2014 completions used composite construction as the primary structural system, compared with 34 percent of structures in 2013. The percentage of buildings built predominantly of concrete dropped to 38 percent in 2014, down from 61 percent the year before.

All-steel construction also continues to decline, accounting for only five percent of 2014's new talls and 13 percent of the world's 100 tallest buildings. Steel use for 2014 did inch up slightly from 2013's three percent.

Nearly half of 2014's new talls were all-office construction—the largest ever in that category by far, the council said. Mixed-use structures accounted for 27 percent of the talls; residential, 20 percent; and hotels, just five percent.

The super-tall 432 Park Avenue development in New York City, slated to be one of the world's tallest residential structures, is scheduled to open in 2015.

The council credits post-recovery confidence for the skyscraper surge.

Economies worldwide have been waiting to exhale since the global recession and economic crisis began in 2008, the council notes.

"[G]iven the long gestation and construction periods common to tall buildings"—some more than 28 years, it says—"we are almost certainly seeing a post-recessionary recovery."

While China's tall-building "juggernaut" will continue, rippling into smaller cities, the council cautions that the development may not be "an undiluted sign of economic health" since most of the projects are owned by governments, not the private sector.

It is impossible to tell yet whether the government is building to attract businesses or in response to demand, the council says.

The new tall records set in 2014 may already be vulnerable. This year promises to be the most active ever, the council reports.

The organization projects the completion of between 105 and 130 tall buildings this year, including eight to 15 supertalls and one "megatall": the 632-meter Shanghai Tower.

Other projects to look up to this year: