Apparently dissatisfied with voluntary efforts, Los Angeles officials are drafting an ordinance that would mandate seismic retrofits for thousands of vulnerable buildings, according to reports.

The ordinance would turn an ambitious 30-year plan introduced by Mayor Eric Garcetti into a reality. 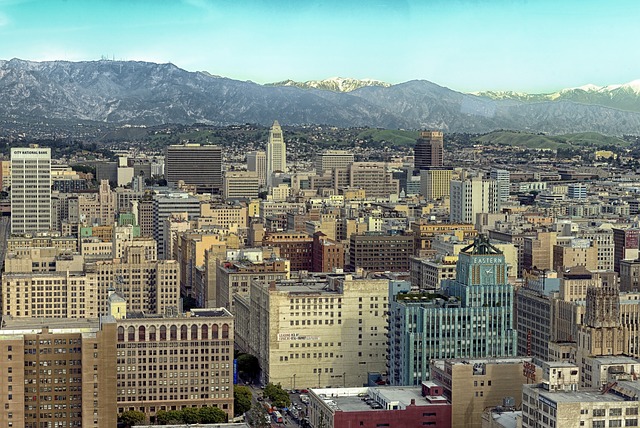 tpsdave / pixabay / CC0 Public Domain
Under a new plan, thousands of concrete and wooden structures across Los Angeles would be retrofitted with seismic reinforcements within 30 years.

The city’s attorney was asked to begin drafting the mandatory policy after a presentation Jan. 14, news reports say.

Garcetti’s proposed plan is outlined in a detailed report developed by seismologist Dr. Lucy Jones of the U.S. Geological Survey.

According to the report, the mayor seeks to mandate retrofits of the two most dangerous types of structures built in the city before 1980.

The targeted structures are brittle, old concrete buildings and multi-story wooden buildings supported by weak columns on the ground floor, according to the Los Angeles Times.

These are the buildings at the highest risk of collapse during a quake, the report says.

Once the measure takes effect, owners of wooden structures would have five years to retrofit.

Owners of concrete structures would have 30 years to complete the process, which would include an evaluation by a structural engineer to determine types of retrofits needed, according to the plan.

The mayor’s proposal does not have a price tag. However, reports say it could cost as much as $130,000 for a wooden apartment building and millions for a taller concrete building.

The report also recommends a voluntary rating system for seismic safety as well as citywide water and telecommunication infrastructure upgrades.

“There’s no question about it,” said Cedillo. “It has to be done. It’s been demonstrated that voluntary programs do not work.”

“If we do this right...the retrofits can create jobs, and preserve housing and stimulate economic growth for the region,” he added.

The City Council heard from property owners and tenants during the meeting.

While generally supportive, they urged city leaders to find financial support for the undertaking.

“There are three issues with us: funding, funding and funding,” said Earle Vaughan, past president of the Apartment Association of Greater Los Angeles, according to Daily News.

Carlos Aguilar of the Coalition for Economic Survival agreed, the Times reported.

“The cost cannot only rest on the back of tenants,” he said.

“We urge funding sources to be found to alleviate the burden on property owners and tenants, or that at least a shared-cost mechanism be found.”

“It is not the worst possible,” the report notes.

A quake of that magnitude could cause 1,800 deaths and $213 billion of economic losses across Southern California, consisting of:

Previous plans to secure weak Los Angeles’ buildings before another major quake hits have failed due to cost burdens, unrealistic timelines and other issues, according to reports.