Architecture for Humanity Shuts Down

A California-based nonprofit that mobilized 75,000 architects for disaster relief and architectural solutions to humanitarian problems has closed its doors over lack of funding.

The closure affects only the U.S. organization. Architecture for Humanity UK and other international entities are independent charities unaffected by the U.S. action, AFH UK announced. 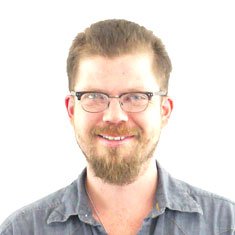 Eric Cesal, who had been executive director of US AFH since April, resigned in December, according to Architects Journal, a UK-based publication. Cesal was still listed Monday (Jan. 19) on AFH's website as executive director.

The organization has not made an announcement, although its Wikipedia entry described it Monday (Jan. 19) in the past tense. The group's busy Twitter feed has been silent since Dec. 10. Its website is still operating.

Board chairman Matt Charney told The New York Times that the organization had been operating at a loss and that it was filing for Chapter 7 bankruptcy.

“Very recently, it just became clear that we would be unable to completely reduce our operating deficit,” he said. “We ultimately lacked the funding to continue.” 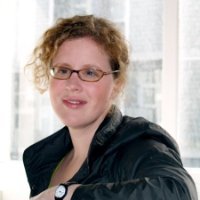 The San Francisco Chronicle
Cameron Sinclair was awarded the 2006 TED Prize. His TED wish, explained in his talk, was for more open-source architectural plans to address global humanitarian problems. The result was the Open Architecture Network.

AFH UK said AFH US "did not inform" its sister organizations or chapters before announcing its plans to the media. "We hope they are forthcoming in [their] actions and lead an open and transparent dialogue with those who spent years dedicating their time to building the Organization," the UK group said.

AFH founders Cameron Sinclair and Kate Stohr, who left the organization in September 2013, also got the word about its collapse through the news media, they said on Sinclair's website.

"Local observers say the organization’s problem was one that’s inherent to socially ambitious nonprofits—finding ways to keep interest and funding coming when the newness of its mission wears off."

Still, Sinclair and Stohr noted that they personally raised more than $5 million a year for the group.

In addition, the organization's website touts dozens of A-list public- and private-sector partners, including Absolut, Alcoa, Google, the Clinton Global Initiative, the U.S. Green Building Council, the Rockefeller Foundation and the White House.

Its motto, and the name of its first book: Design Like You Give a Damn.

Its global efforts included clearing landmines and building playgrounds in the Balkans; transitional housing and schools in many countries; and quake reconstruction assistance in Pakistan, Turkey and Iran. The organization also hosted a series of open international design competitions focused on addressing social and economic needs.

The group also co-developed the Open Architecture Network, the first open-source system for architectural designs that have since been used on more than 245 projects in 28 countries, Wikipedia said.

In 2012, the organization announced a partnership with the American Institute of Architects to coordinate advocacy, education and training to help architects make effective contributions to communities preparing for, responding to, and rebuilding after disasters.

That announcement followed news that its partnership with Habitat for Humanity and Students Rebuild had opened two new schools in quake-ravaged Haiti.

The organization's efforts have "provided on-the-ground support for major global crises, including disaster relief in post-Katrina Gulf Coast and in Haiti after the 2010 earthquake," notes inhabitat.com.

The group's many accolades and awards include the Center for Architecture Foundation Award, the Cooper-Hewitt National Design Museum's Design Patron Award, and the 2006 TED Prize for co-founder Sinclair.

Sinclair's TED Talk on open-source architecture has been viewed nearly a million times.

"We believe that where resources and expertise are scarce, innovative, sustainable and collaborative design can make a difference," Sinclair said then.

Architectural Leadership
"Architecture for Humanity represents the finest of the new breed of architectural leadership, employing architectural skills and directing them for the larger good," Architectural Record once wrote.
And Margie O’Driscoll, former executive director of AIA's San Francisco, told the Chronicle:
“The travesty isn’t that the organization went over budget serving communities around the world. It is that humanitarian design isn’t considered a fundamental right. And that today, in San Francisco, it is easier to find funding for an app than to fund an organization which transforms lives in places most Americans don’t know exist.”
In a statement posted Friday (Jan. 16), Sinclair and Stohr expressed sadness at the fate of their organization.

"We hope the profession will continue to design like [it gives a] damn—in whatever form that takes," they said. "And we urge the chapters to continue their much-needed work."
Tweet