Teen Cooks Up a Wood Alternative

A 16-year-old in India has taken waste generated by her family’s rice farm and turned it into a building material with the potential to benefit millions of lives. 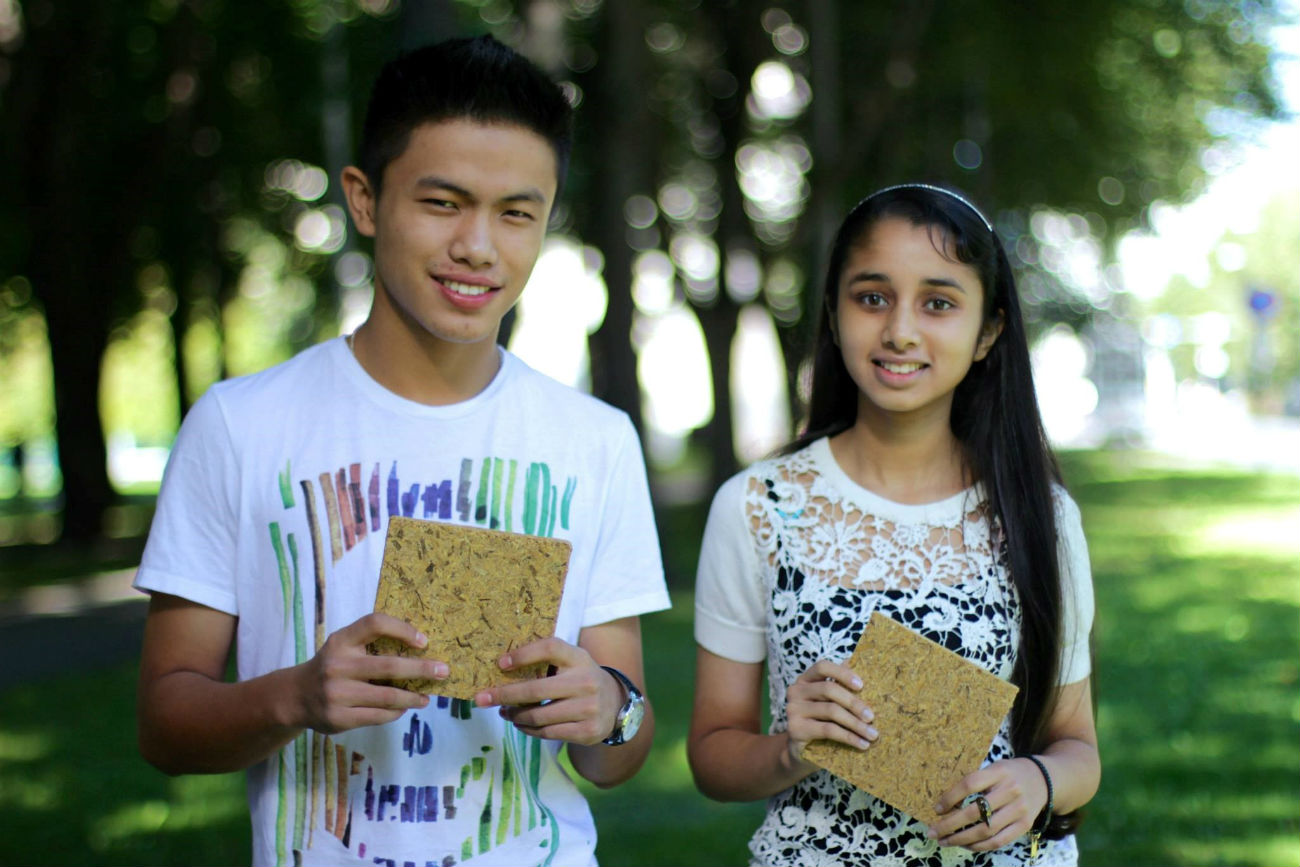 Bisman Deu via Unicef.org
Bisman Deu (at right) has developed an affordable, waterproof, termite and fire-resistant, particle board that can withstand extreme weather conditions. Her team includes Rayvin Thingnam (left).

Rice is a staple food for more than half of the world’s population. In 2014, about 2.94 million acres of rice were planted in the U.S. alone, according to the United States Department of Agriculture.

But for every ton of rice grown, about 500 pounds of waste is created.

The options for rice byproducts are limited, the young inventor writes in Unicef’s 2015 State of the World’s Children report, describing her innovation.

“I have seen the burning of rice waste as a huge problem,” she writes.

Working in her family’s kitchen, Deu saw the potential to reduce deforestation; provide an extra source of income for farmers; and help provide housing for low-income and homeless people on a local and global level.

In this YouTube video, Green Wood is described as an affordable, waterproof, termite and fire-resistant particle board that can withstand extreme weather conditions.

While the product is not yet available on the marketplace, Deu says she has created a prototype and companies have expressed interest.

Deu’s team, known as the Youth Innovators, has been recognized with a Junior Achievement-Europe award.

The Goleta, CA-based startup says the product, named STAK BLOK, has three times the insulating power of a 2x6-inch studded wall; is seismically strong; fast to assemble; and has the potential to offset carbon, according to its website.

Moreover, the block is easier to handle than straw bales, which have been used to make sustainable buildings, reports greenbuildingelements.com.

The developers—architect Ben Korman and his partner Jay Ruskey—say the blocks will sell for about $8.00 each once production is ramped up, the report noted.