A pipe and pipe fitting fabricator deemed a severe violator after a spate of accidents in 2011 is facing a new round of six-figure fines for "callously" leaving hazards unaddressed.

The Occupational Safety and Health Administration says Boomerang Tube LLC "continued to put workers in harm's way," according to conditions found on a follow-up inspection in July 2014.

Boomerang, with a plant in Liberty, TX, and headquarters in Chesterfield, MO, was placed in OSHA's Severe Violator Enforcement Program in 2011 after three employees were seriously injured within a period of five months. 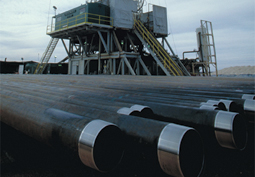 In April of that year, one employee was caught in an operating machine. In May, another employee was struck by a piece of steel and knocked into a concrete pit. One of those employees then complained to OSHA, which began an investigation in June.

In September, however, a third employee was again caught in an operating machine. All three employees were airlifted to hospitals.

OSHA said in a press release and citations issued at the time that it had issued six willful, nine serious and one other-than-serious violation against Boomerang in the case and proposed fines totaling $468,000.

However, OSHA's enforcement record from the same inspection shows citations for 14 serious, 11 willful and one other-than-serious violations—and fines totaling $993,000. The record shows the case was reduced to 16 serious and two willful violations, with fines reduced to $247,000.

The willful violations involved the use of a damaged crane, lockout/tagout (LOTO) failures, and lack of machine guarding.

OSHA did not immediately respond Monday (Jan.5) to a request for clarification on the 2011 case.

According to OSHA, Boomerang Tube had made little improvement three years later.

"When Boomerang Tube neglects to fix hazards that expose workers to possible injuries or worse, it callously puts workers in harm's way. That is unacceptable," said David Doucet, OSHA's area director in the Houston North Area Office. "Boomerang Tube employees deserve to work in an environment free of hazards that threaten their livelihoods and lives."

Boomang Tube did not respond to a request for comment Monday. The company employs about 550 workers and manufactures Oil Country Tubular Goods (OCTG) and line pipe.

The company can produce 360,000 tons of pipe annually at its 119-acre site outside Houston, its website says.

"Boomerang’s commitment is to provide a safe and prosperous environment for our employees and to empower them to serve our customer base with distinction," the site says. "Boomerang will also be a model 'corporate citizen' in the community."