None of that mattered to the jury, however, which convicted Stanley P. Phillips, 48, on Dec. 11 of using his position with Day & Zimmerman to rake in about $650,000 from two chemical-plant projects. 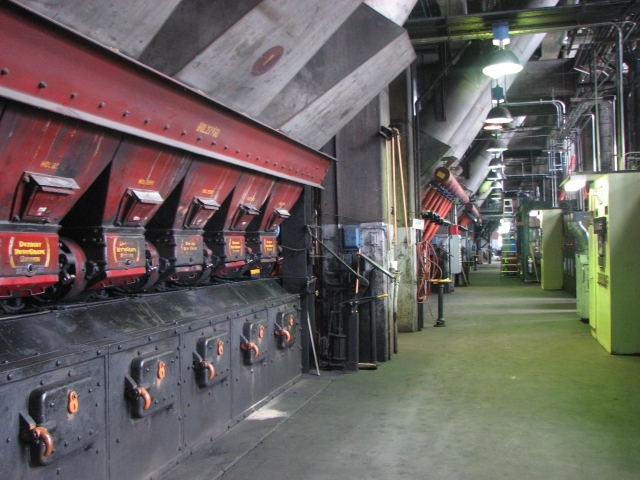 U.S. Army
Phillips invoiced more than $600,000 for his shell company from a project he supervised at Holston Army Ammunition Plant in Kingsport, TN. The facility (pictured) makes explosives for weapons.

Phillips was found guilty on all charges—eight counts of wire fraud—after an 11-day trial, the FBI announced Monday. He faces up to 160 years in prison when he is sentenced Feb. 20.

Day & Zimmerman (D&Z), an engineering and construction multinational, was not implicated in the case.

According to court documents, the story begins in April 2011 when Phillips incorporated an Alabama company called Royal Global Services (RGS LLC). He hid the company from D&Z, whose ethics code prohibits outside business relationships that could present a conflict of interest.

Phillips set up his girlfriend, identified only as K.G., as a Managing Member of RGS.

In 2012, Phillips incorporated RGS Professional Services LLC in Florida and used a local nurse, identified as S.S., to license the company as a nursing registry.

Phillips also had other businesses that used the RGS name, including RGS Trading and RGS Corporate Services, the indictment noted.

In March 2011, chemical multinational Taminco Inc. awarded a $28 million contract to D&Z to design and build a new chemical unit at Taminco's facility in Pace, FL. D&Z hired Phillips in January 2012 as construction foreman on the project.

From January to June 2012, D&Z subcontracted with a company called AWA Fabrication and Construction LLC (AWA) to manufacture piping for the project.

Royal Global Services was a shell company with no employees, authorities said; all of the Taminco work was performed by D&Z. Nevertheless, Phillips made tens of thousands of dollars on the deal with D&Z and AWA none the wiser.

Holston's mission is to manufacture "Research Department Explosives and High Melting Explosives" for use in a wide variety of conventional munitions. BAE has been the plant's operating contractor since 1999.

In June 2012, D&Z named Phillips as site manager for that project.

This time, the family-owned company used as a sub-sub-contractor was HS Construction III Inc., of Virginia. The HSIII contract was worth $2.56 million.

Again, authorities said, Phillips positioned himself and one of his RGS companies as the go-between. Otherwise, the scheme ran much the same as before—but this time, with Phillips' firm netting about $611,000.

In November 2012, D&Z learned of the scheme and fired Phillips, says the Justice Department criminal complaint, which also details financial transactions in the case.

The money from both schemes went into a bank account that Phillips set up in the name of his girlfriend, the FBI said.

Phillips told her that he was earning the money as part of a "secret payroll" of Sen. Ron Johnson (R-WI).

Phillips bragged to his girlfriend and others about his ties to Johnson, "his work for the FBI, his background as a nuclear engineer, and his exploits as part of a secret military team who extracted General Noriega from the jungles of South America," the FBI said.

None of that was true. Rather, authorities said, Phillips was a high-school graduate who was discharged by the Coast Guard in 1986 after two years "because of sleepwalking."