London Cracks Down on Dream Digs

London's toniest community is going after its icebergs, before the icebergs take down the community.

"Iceberg homes" are part of the growing luxury residential trend sweeping the capital's exclusive Royal Borough of Kensington and Chelsea. 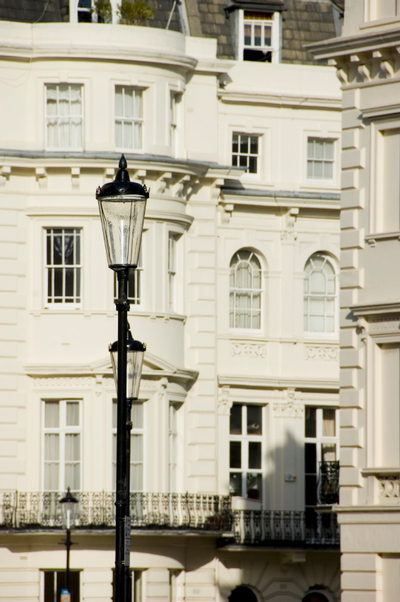 The appeal to carve below the mansions was reportedly prompted by rising property costs and restrictions on above ground construction. Applications for basement construction ballooned more than 20-fold from 2001 to 2007.

However, new guidelines, approved Dec. 2 and effective Jan. 21, 2015, will slash the scale of these remodeling projects.

For years, the subterranean enclaves have inflamed neighbors in the wealthy neighborhood, home to Kensington Palace and Notting Hill.

The residents have complained to local authorities about construction noise, vibrations, traffic and other disturbances. Many voiced concerns about the structural safety of nearby buildings.

“Basements have been the single greatest planning concern our residents have expressed to us in living memory,” according to Cabinet Member for Planning Policy Cllr. Tim Coleridge.

The number of planning applications for basements grew from 13 in 2001, to 307 in 2012, according to officials in Kensington and Chelsea.

Coleridge said the council began drafting a policy in 2012 to strike a balance between the residents’ concerns and the genuine need for people to expand their homes.

The process has been rockey, he said: “Basement developers have aggressively opposed us every step of the way."

The demand for luxury living in London is also changing the city’s skyline and igniting additional concerns.

Some 200 new residential high-rises peppered along the south bank of the River Thames have led to fears that London is sacrificing its heritage for the sake of luxury homes, according to Bloomberg Businessweek.

“London is in danger of becoming a sort of Abu Dhabi, a sort of Hong Kong,” Nigel Barker of English Heritage, an organization devoted to protecting the nation’s history, told the news outlet.

Many foreigners are scooping up the shiny new glass and steel residential properties that boast views of the Thames and architectural treasures across the water.