A new report says about $163 billion will be needed each year—for the next six years—to fix the aging U.S. surface transportation system, a new report calculates.

The "Bottom Line Report," released Tuesday (Dec. 9), spells out a major gap between what is needed and what is actually spent. According to the report, the cumulative investment needed to meet today's need just for highway and bridges tops $740 billion over six years. Currently, only $83 billion is invested in roads and bridges.

The report estimates the need for an annual capital investment of at least $120 billion for highways and bridges and $43 billion for public transportation between 2015 and 2020 to improve the system's condition and performance. 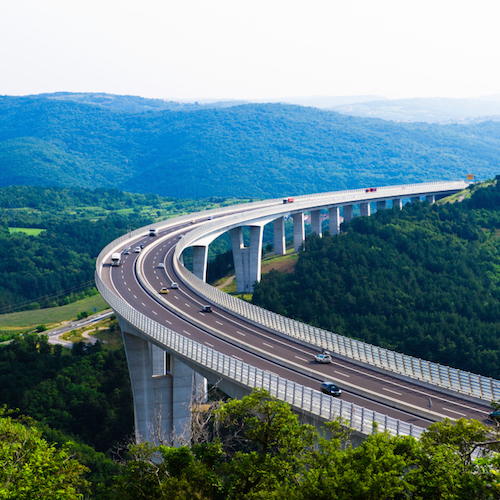 ©iStock.com / gaspr13
The report says $163 billion needs to be invested annually over the next six years to keep the surface transportation system running safely. Currently, only $83 billion gets invested.

According to Wright, greater investment "could target the backlog of repair and rehabilitation projects across the country. Workers would benefit—as would the entire U.S. economy."

Restoring the system to meet today's demand would require:

The investment needs are derived from economic analysis of demand trends and current network performance.

APTA president and CEO Michael Melaniphy said, "As the demand for public transportation increases, our systems are strained and in dire need of strong investment.

"After years of a lack of robust investment, the public transit infrastructure that our communities and businesses rely on to grow and prosper is crumbling. Investment in public transit is a key ingredient to driving growth in our communities, attracting development and causing increased property values along its corridors."

The report found about 64,000 structurally deficient bridges are still operating across the country—a category that already shrank by 43 percent from 1994 to 2013 after a major federal infrastructure spending package and state efforts to target older bridges.

And demand on the system will only increase, according to the report. Freight ton miles are expected to grow 72 percent from 2015 to 2040, putting more big-rig trucks on often-crowded highways.

Public transportation ridership hit 10.7 billion trips in 2013, its highest number in 57 years, according to the report.

"There is little disagreement about the value of transportation. The business community, trade unions, commercial truck drivers and numerous associations including AASHTO and APTA support greater investment," said Wright.

"We hope this report will help decision-makers better understand what's at stake in deciding on a long-term, sustainable stream of revenue to support transportation infrastructure."