Propelled by the winds of oil and gas expansion and new product demands, the global marine coatings market will be worth a shipshape $10.4 billion by 2019, according to a new forecast.

"Marine Coatings Market by Type (Anti-corrosive, Anti-fouling, and Others) and based on Chemistry (Epoxy, Polyurethane, and Others) - Global Trends & Forecasts to 2019" outlines the market size for marine coatings in 2014 and project demand until 2019.

Led by the Asia-Pacific region, the market is forecast to grow at a Compound Annual Growth Rate of more than 6.8 percent from 2014 through 2019.

One key factor in the growth is oil and gas market expansion, the report says.

"The market has also been witnessing the growing consumer preference for eco-friendly products; however, the strict environmental regulations could pose a challenge to the growth of this market," the report says. 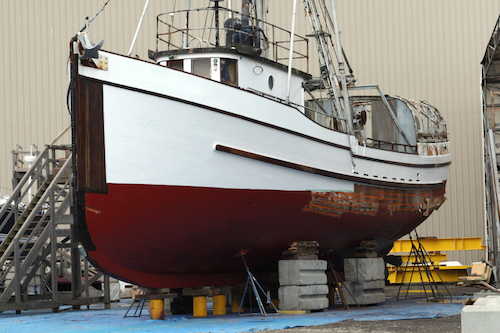 ©iStock.com / Silvrshootr
The marine coatings market is projected to grow at a CAGR of over 6.8 percent from 2014 through 2019. One of the key factors in the growth is oil and gas market expansion, a new report says.

The report was published by MarketsandMarkets, a global market research and consulting company based in Dallas, TX. The company publishes several hundred reports per year for various industries.

According to the report, Asia-Pacific dominated the marine coatings market in 2013, accounting for over 75 percent of the market size by both volume and value. This market is forecast to reach $8.6 billion by 2019.

China consumes the most marine coatings products and is also the largest market for products registering a CAGR higher than the global average until 2019, the report says. South Korea is the second largest consumer and demand for coatings in this region is increasing due to new ship building and dry-docking.

EMEA (Europe, the Middle East, and Africa) and the U.S. follow, but are "comparatively a small market" compared to Asia-Pacific.

The most commonly consumed coating type is anti-corrosive coatings, which accounted for 60 percent of the total market volume in 2013, the report says.

They are forecast to be the most consumed coating with the highest CAGR between 2014 and 2019.

Anti-fouling coatings are the second-most consumed coating type with a market share of 34 percent in 2013.

In terms of volume, epoxy-based coatings dominated the market and are expected to remain so, with the highest CAGR between 2014 and 2019.

"Due to their various advantages, epoxy-based marine coatings are used in different parts of a vessel which mainly include the underwater hull, tanks, deck, superstructures, and topsides among others," the report says.

"Thus, due to a large market of anti-corrosive, the demand for epoxy also increases."