"The transformation of Ground Zero into a World Trade Center reborn came with a hidden cost," the newspaper reported Monday (Nov. 3), the opening day of the complex's 1,776-foot signature tower, known as Freedom Tower.

An investigation by the news outlet uncovered 34 serious accidents at the site over the years that were not reported to the Occupational Safety and Health Administration for inspection and investigation. 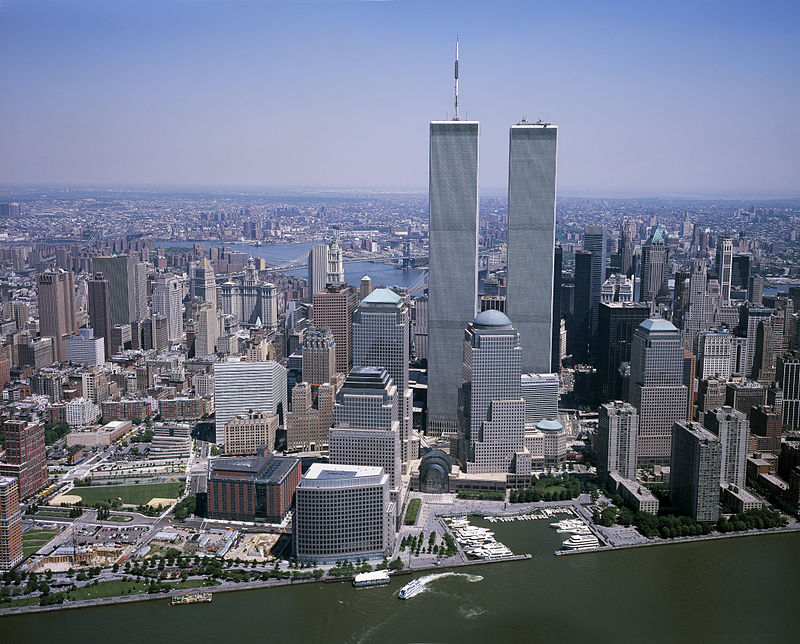 Soerfm / Creative Commons (left);
"The transformation of Ground Zero into a World Trade Center reborn came with a hidden cost," an investigation found.

Some of the accidents were permanently disabling, the news outlet said, including:

Moreover, "for three years in a row, injury rates at the WTC buildings exceeded state and national averages," the Daily News found.

"The results of these accidents were often devastating," it said. "Workers suffered broken backs, legs and arms. One was impaled on a metal rebar rod. Two survived serious electrical shocks."

The 1 WTC project includes the 104-story tower, now the tallest skyscraper in the Western Hemisphere; the transportation hub; a memorial; and the vehicle security center.

The toll included two deaths, which were reported to OSHA, the newspaper said:

L&L paid a $5,000 fine in the Martinez case; Prince Carpentry settled its case for $21,000. A check of OSHA records Monday showed additional cases for both employers.

The Daily News report detailed dozens of severe injuries that were not reported on the project.

The report was a far cry from the newspaper's 2003 account of Martinez's death. At that point, the newspaper reported that the 1 WTC project had been "remarkably safe, with low injury claims by hardhats."

No Calls from Contractors

Under OSHA regulations at the time, employers were required to report only fatal accidents or those that injured three or more workers

In September, however, OSHA announced that it would require reporting of any workplace-related hospitalization. That rule is set to take effect Jan. 1, 2015.

The 1 WTC accident reports that did reach OSHA came largely from fire and police, the city's Building Department, the media or the workers themselves, OSHA told the Daily News.

"Almost no calls came from contractors," the newspaper said, citing an OSHA official.

Workers said they were aware of some of the hazards. One worker who had received a safety award was ordered to climb a wet, 20-foot ladder that was "leaning almost straight up and down against a cement wall" as a misty day turned to rain.

At the bottom of the ladder were "a bunch of unprotected rebar sticks sticking up," the worker said.

Despite misgivings, he climbed, he said. “Unfortunately, we don’t always have the luxury of taking a stand because you could lose your job over things like that,” he said.

On the way back down the ladder, the worker fell, breaking his shoulder on the protruding rebar and suffering other disabling injuries.

One attorney, whose firms has represented many workers injured on the project, blamed pressing project deadlines for the toll.

“Even though this job is pretty safe, all this stuff is happening," Kenneth Sacks told the Daily News. "It happens because there’s always this rush. They take a shortcut, and someone’s life is over because of it.”

The report did little to dampen the enthusiasm of the tower's first tenants, who moved in Monday as scheudled.

About 175 employees from anchor tenant Condé Nast were setting up on Monday. The publishing giant is moving into floors 20 through 44 of 1 WTC.

“Condé Nast is proud to be a part of this important moment of renewal for the city of New York,” Condé Nast spokeswoman Patti Rockenwagner told the New York Post.

“We are excited about contributing to the vitality of this community for years to come.”