A new dehumidifier with a built-in generator is now being offered by Drynamic Inc. of Plymouth, MN.

The 5000 cfm desiccant, self-powered dehumidifier is the first in Drynamic's Titan Series.

The company says the stackable unit consumes 2.25 gallons of fuel per hour with a 170-gallon capacity. The built-in fuel tanks provide about 72 hours of run time, according to the company. 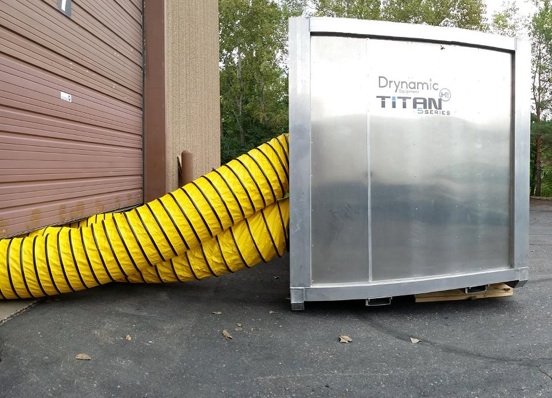 Units are available with auxiliary power and have an internal power source, allowing them to be used worldwide.

The company says the unit is quiet enough for residential use.