What do the Montreal Olympic Stadium, Sydney Opera House and Hubble Telescope have in common?

All three share the dubious distinction of being among the world's most “Monumental Budget Busters” by Podio.

The online project management company has just ranked cost and schedule overruns for many well-known projects around the world. 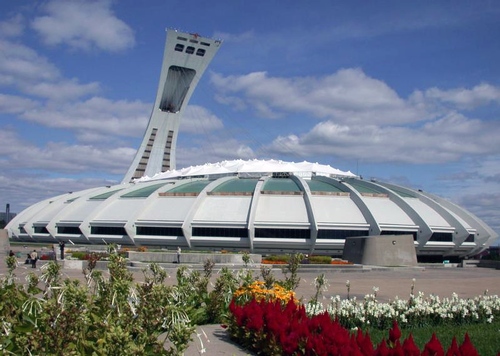 Podio's interactive graphic is shown below and is available here in various formats.

Olympic and World Cup venues, major works of architecture, and tunnels are among the top 24 projects that blew their budgets and took much longer than expected to complete, according to Podio.

Topping the list is the Montreal Olympic Stadium, which ended up costing $3 billion—a whopping 1,990 percent over budget in 1976. Original plans called for spending $148 million in 1973.

The project was completed within the year of the Olympic Games, but work on its retractable roof and mast did not begin until after the events began, according to Podio.

The No. 2 budget buster was the Sydney Opera House, which came in 1,357 percent over budget and 10 years past deadline.

The building’s architect, Jorn Utzon, resigned from the project half-way through after a series of disputes, reports Podio.

Number three on the list is the Scottish Parliament Building, a project that ran three years late and nearly 10 times over budget.

The U.S. Hubble Space Telescope follows. That project came in 525 percent over budget and was delayed seven years due to manufacturing issues.

Boston’s Big Dig, a plan to reroute a highway through the city into a tunnel, rounded out the top five. The project was plagued with leaks, design flaws and even criminal arrests, according to Podio. The tunnel plan was 421 percent more costly than originally planned and nine years late.

Others on the list include the Sochi Olympics, London’s Shard, the Denver International Airport, and the Empire State Building. 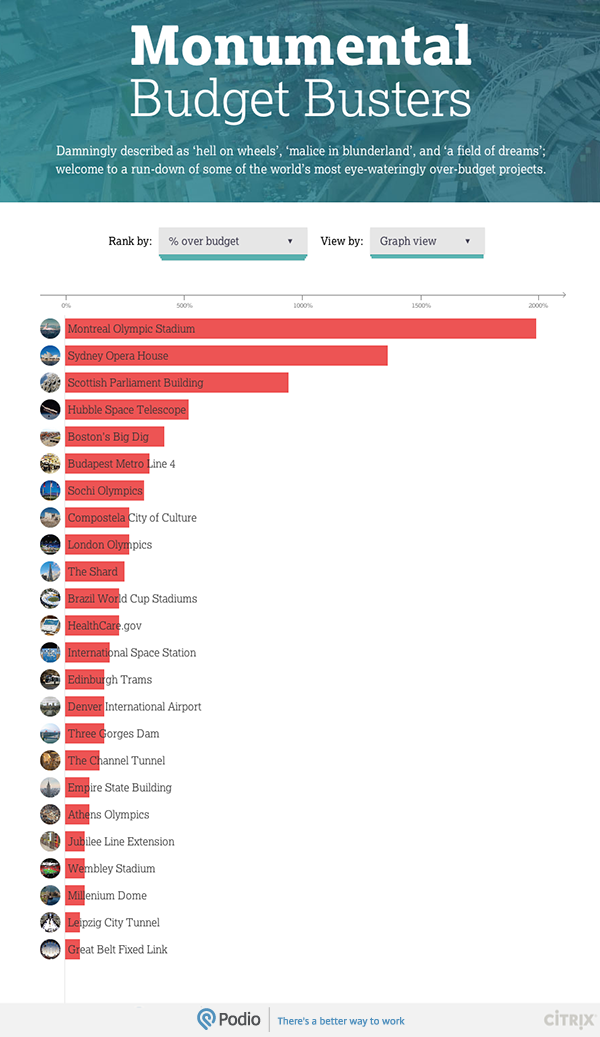