U.S. crane operators will get a three-year reprieve on certification requirements that had been set to take effect this fall, federal regulators have announced.

The Occupational Safety and Health Administration has issued a final rule extending the deadline for crane operator certification requirements to Nov. 10, 2017.

The announcement gives employers three more years to ensure that crane operators are competent to operate their equipment safely. Construction cranes have been the cause of multiple accidents, many of them fatal, in recent years in the U.S. 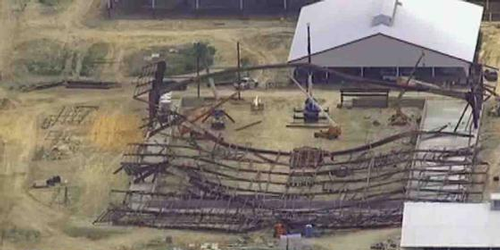 KTRK
The Texas A&M University Equine Center collapsed in June 2013 after an iron worker released a rafter from a crane before braces were in place. Four workers were injured.

The extension for the Cranes and Derricks in Construction final rule was published Sept. 26 in the Federal Register and becomes effective Nov. 9, 2014.

The rule was originally published Aug. 9, 2010, with operator certification requirements to be completed by Nov. 10, 2014.

However, "a number of parties" raised concerns about a requirement to certify operators by type and capacity of the crane, according to OSHA. Critics also questioned whether certification was sufficient for determining whether an operator could safely use the equipment on a construction site.

In a Notice of Proposed Rulemaking published Feb. 12, 2014, OSHA proposed to extend by three years both the deadline for operator certification as well as the employer's duty to ensure competent crane operation.

OSHA then analyzed comments and agreed to the extension.

OSHA says it will use the extra three years to address operator qualification requirements for the standard, including the role of operator certification.

The agency says it has already started developing a standard for crane operator qualifications.