LEED v4 has some work to do in order to align with federal sustainability and green-building requirements, according to a new evaluation from the U.S.’s biggest landlord.

Nearly a year after the controversial green-building rating system was released, the U.S. General Services Administration has weighed in on its alignment with federal standards. 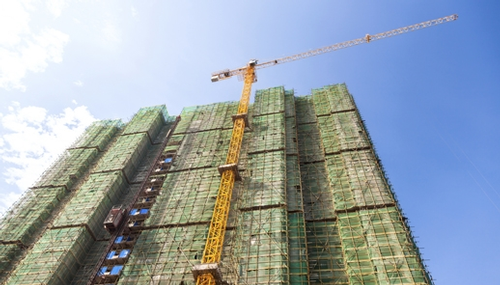 According to GSA's initial review, the U.S. Green Building Council’s latest system offers a number of prerequisites and credits that support an integrative approach to building design, construction, operations and maintenance. Taken collectively, however, the credits do not “fully align with all aspects of the federal requirements.”

However, the USGBC says the updated system is “better aligned than ever” with federal requirements.

GSA will make a formal recommendation about LEED v4 and its ability to meet federal green-building objectives after receiving input from public and private stakeholders.

“GSA’s review of LEED v4 is the first in a series of steps the agency will take to determine if this system can help government agencies meet federal green building requirements,” said Kevin Kampschroer, director of GSA’s Office of Federal High-Performance Green Buildings.

It highlights areas where the prerequisites meet, partially align, or fall short of federal standards.

GSA plans to assemble an interagency discussion group to further examine the system and will publish the group’s findings in the Federal Register for a 30-day public comment period.

During the comment period, GSA plans a public listening session to get additional feedback from stakeholders outside the government.

“A final recommendation on LEED v4 will be made after GSA receives input from stakeholders in and outside of government,” Kampschroer added.

USGBC officials are optimistic that the government agency will eventually endorse the system.

“GSA finds that LEED is better aligned than ever with the federal sustainability requirements and reaffirms LEED as a consensus standard,” the organization said in an announcement of the recent review on its website.

The post added that USGBC was “confident that LEED v4 will be able to help federal buildings achieve environmental goals and meet regulatory and statutory obligations.”

LEED v4 was approved by 86 percent of USGBC members in July 2013 after surviving a number of hurdles (including a name change). The system was formally rolled out in November 2013.

In its most recent recommendation, completed in October 2013, the GSA anointed GBI’s Green Globes 2010 and the U.S. Green Building Council’s LEED v2009 as third-party certification systems that the federal government can use to gauge performance of its buildings.

LEED v4 was released a month later; therefore, the GSA launched a supplemental review process for the updated system.

The GSA owns or manages 9,600 buildings in the United States.